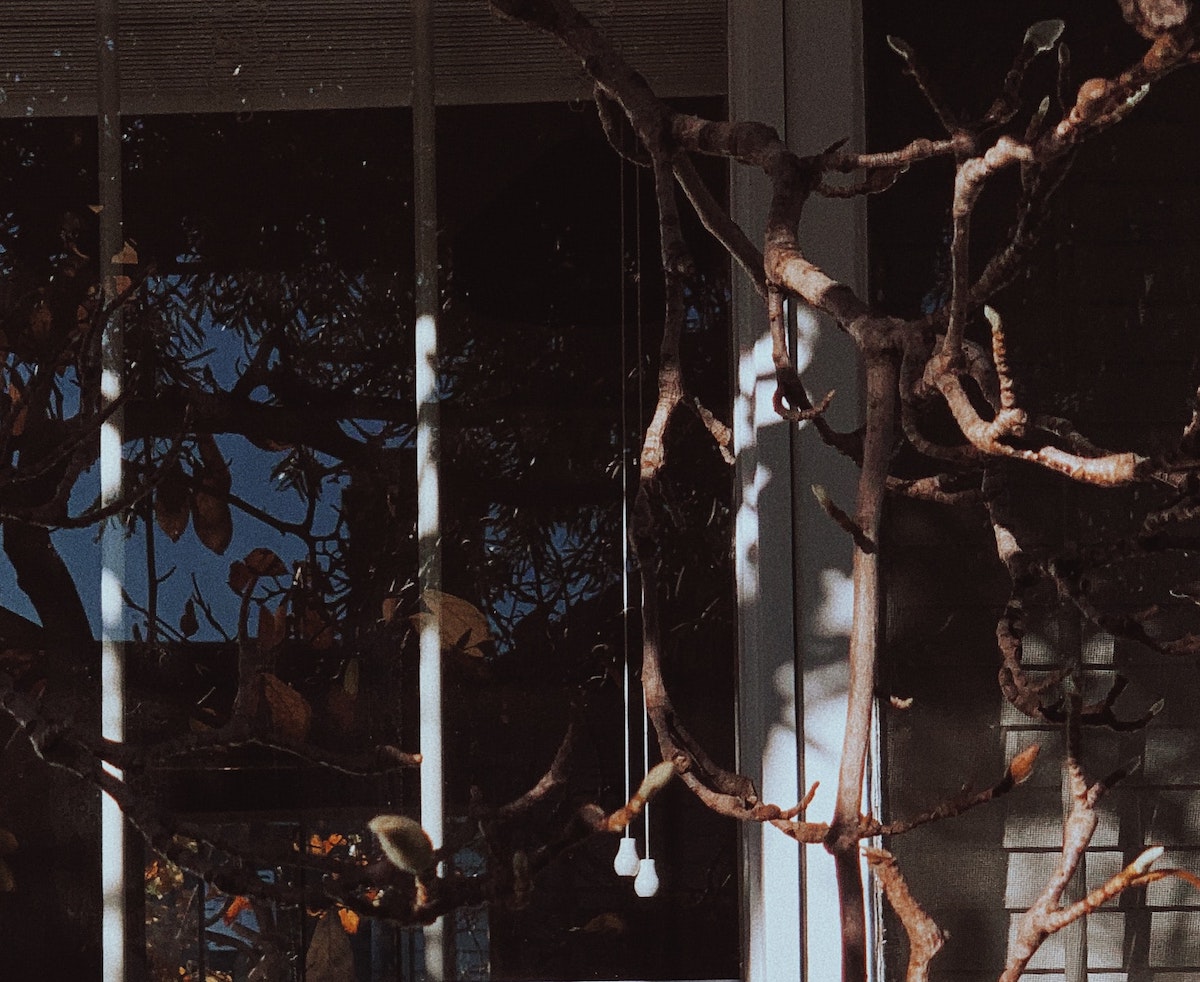 The post Coronavirus in the Caucasus. Two-week-old infant recovers from coronavirus in Armenia appeared first on English Jamnews. 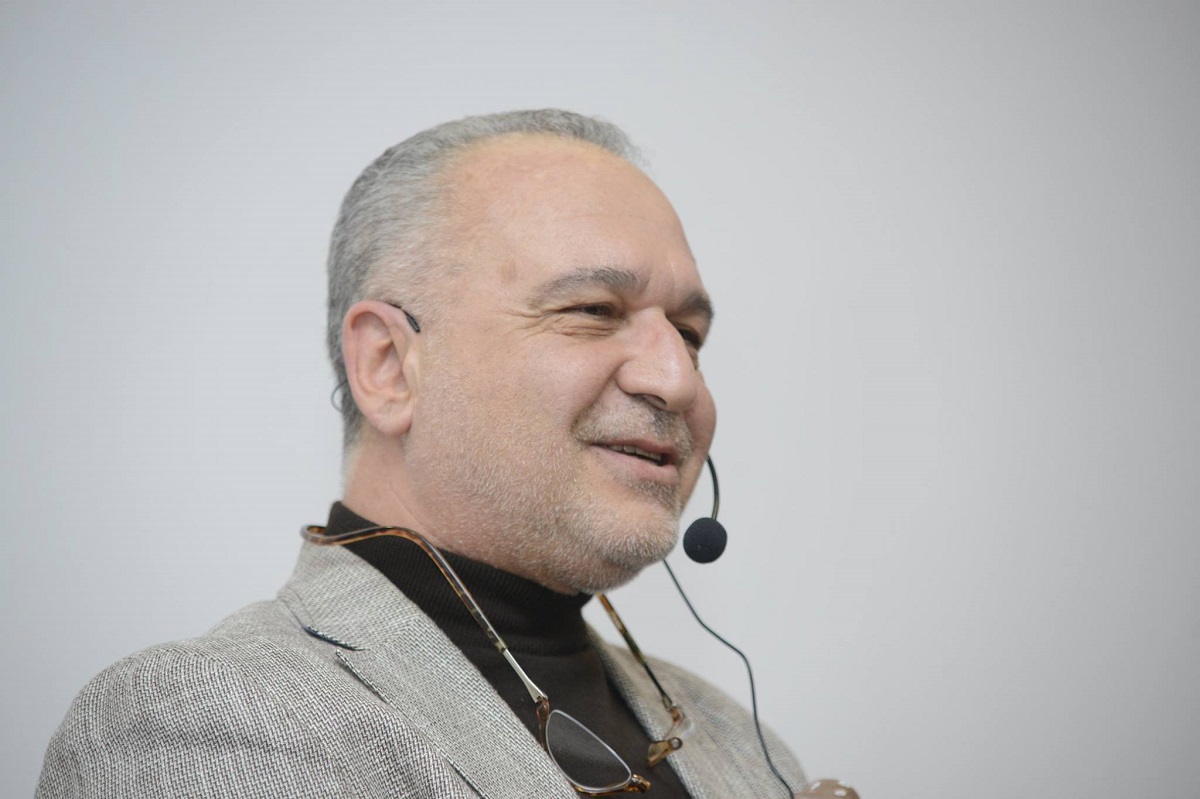 TV presenter and blogger Azer Garib published an open letter on his Facebook page in which he accused the Azerbaijani authorities of taking an irresponsible attitude towards the coronavirus pandemic and criticised the deplorable state of the healthcare system.

Garib is indignant about the fact that the authorities are holding the public responsible for the continuing rise in coronavirus cases, saying that people simply aren’t complying with the quarantine requirements enough.

“We’ve been under quarantine for four months, and we haven’t seen any progress.

“People don’t believe the virus exists because they do not believe [the authorities].”

The post received a lot of support among the Azerbaijani population, and within a day, had received more than 16,000 likes and was re-published more than 8,000 times.

As of July 8, there are 21,374 reported coronavirus cases in Azerbaijan. Of these, 265 have died and 12,635 have recovered. For several months now, the country has been under an almost constant strict quarantine regime, with only a few breaks. Shopping centers are closed and the metro has stopped running. Public transport is shut down on the weekends, and most businesses are closed. One of the main restrictions is on movement. People are required to stay at home, and can only go out for two hours a day, and only after receiving special SMS permission from the authorities.

It will be worse in autumn

Azer Garib wrote the open letter in response to statements made at the most recent press briefing by representatives of TƏBİB, the official structure responsible for combating the coronavirus pandemic in Azerbaijan.

In particular, they reported that in other countries, and not just in Azerbaijan, the situation is deteriorating again and there is a rise in coronavirus cases. Therefore, the strict quarantine is justified. Moreover, it was reported that the situation may get even worse in the autumn.

“What does this warning mean, that the situation will get worse? Then why are we suffering, what’s the point of the quarantine?” writes Azer Garib.

“Scientists all over the world are literally shouting that people need vitamin D. And we, who live in a city by the sea, are locked in our homes. Yes, the doctors are right: in autumn, it will be even worse, because now, people are deprived of the sun, sea air, and don’t have the opportunity to strengthen their immune system, which will hurt them enormously in the autumn.”

• “We want to eat!” Abkhaz react to delayed tourist season on social media

Garib asked the Coronavirus Operational Headquarters talk about other countries that were successful in combating the pandemic.

Azer Garib said the quarantine regime that has been implemented in Azerbaijan for the last four months was like “a game of roulette.”

“Let’s close the subway. No, let’s open the subway. Let’s set up [police] posts. No, let’s remove the posts. Let people out of the house. No, lock people in their homes. Why has it been impossible to coordinate between the various government institutions over the past four months in order to develop a unified policy?” the journalist writes.

“Doctors should educate the population. They must explain that even if you get sick with a coronavirus, this does not mean that you will die from it,” the journalist writes.

Instead of accusing people of not complying with quarantine, it is better to give them hope that the measures taken by the government will lead to an improvement in the situation, because then, they will adopt them, the letter says.

The post “Autumn will be even worse” – journalist’s letter criticizing gov’t response to pandemic causes stir in Azerbaijan appeared first on English Jamnews.

Ministry of Foreign Affairs officials arrested in Azerbaijan for bribery, embezzlement – claim they were ‘helping ministry’ 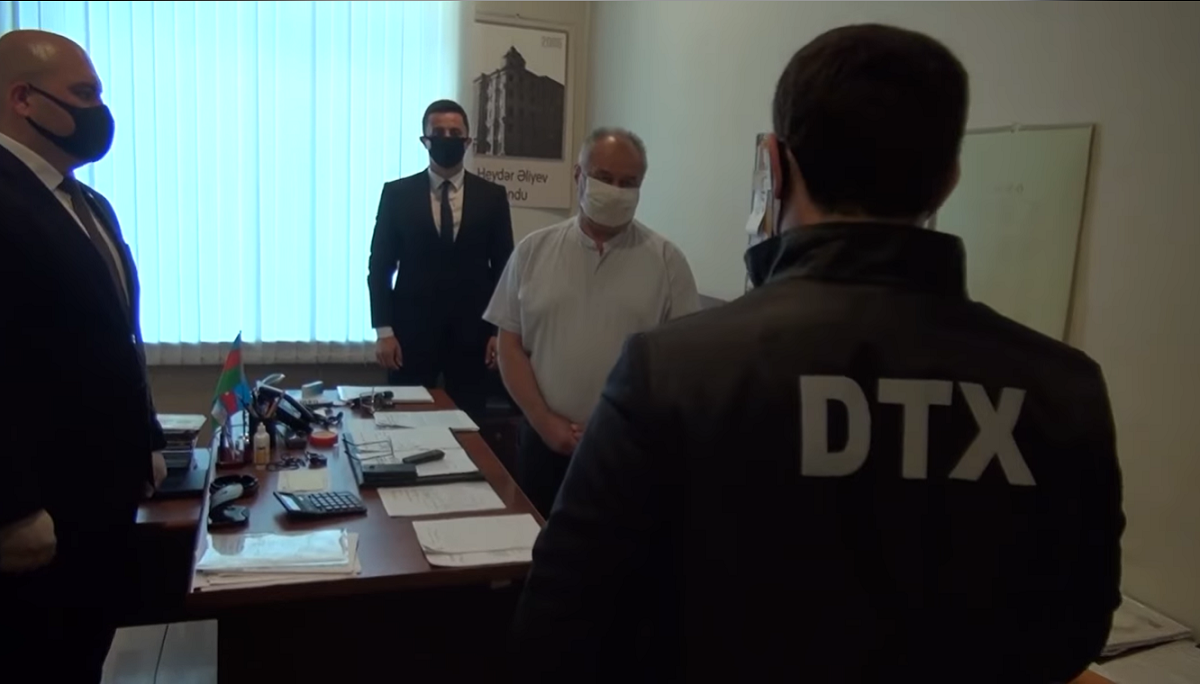 A number of high-ranking officials in the Azerbaijani Foreign Ministry have been arrested as a result of an anti-corruption operation.

Farhad Mollazade, chairman of the Foreign Ministry’s tender commission, Salim Alizadeh, head of economic affairs department, and Nurupasha Abdullayev, head of the legal section of the Consular Department, were arrested on July 3 for bribe taking, the State Security Service of Azerbaijan reports.

According to the State Security Service, Mollazade and Alizade are suspected of having appropriated money allocated for various structures in the Azerbaijani Foreign Ministry.

In addition, “when purchasing certain goods, the suspects demanded business owners transfer them a sum of the total amount in the form of a bribe.”

The houses of the suspects have been searched and documents found attesting to the bribes and the money received for their ‘work.’

A criminal case has been opened against Farhad Mollazade and Salim Alizadeh under the articles “abuse of official position”, “embezzlement” and “bribery”, while Nurupasha Abdullayev faces bribery charges.

The detainees have already confessed their crimes on camera. In a video circulated in the media, they spoke in detail about their actions.

Elkhan Шахahinoglu is a political scientist, head of the Atlas Research Center, writes on his Facebook page, quoting from Farhad Mollazade’s confessions:

“‘They gave money to Salim, and he brought the money to me. I kept 10 percent for myself and gave 10 percent to Salim. We spent the rest on solving the problems of the ministry.’

“This is the statement by Farhad Mollazade, Head of Department of the Ministry of Foreign Affairs of the Ministry of Foreign Affairs, who was caught taking bribes. The last sentence means that the Foreign Ministry, it turns out, was solving its problems through bribes. Wow! What is going on in the ministry that represents Azerbaijan in the world? And instead of resigning, Elmar Mammadyarov [ed. the head of the Azerbaijani Foreign Ministry] is holding an online conference today with some European organization.”

The post Ministry of Foreign Affairs officials arrested in Azerbaijan for bribery, embezzlement – claim they were ‘helping ministry’ appeared first on English Jamnews.

Ministry of Foreign Affairs officials arrested in Azerbaijan for bribery, embezzlement – claim they were ‘helping ministry’