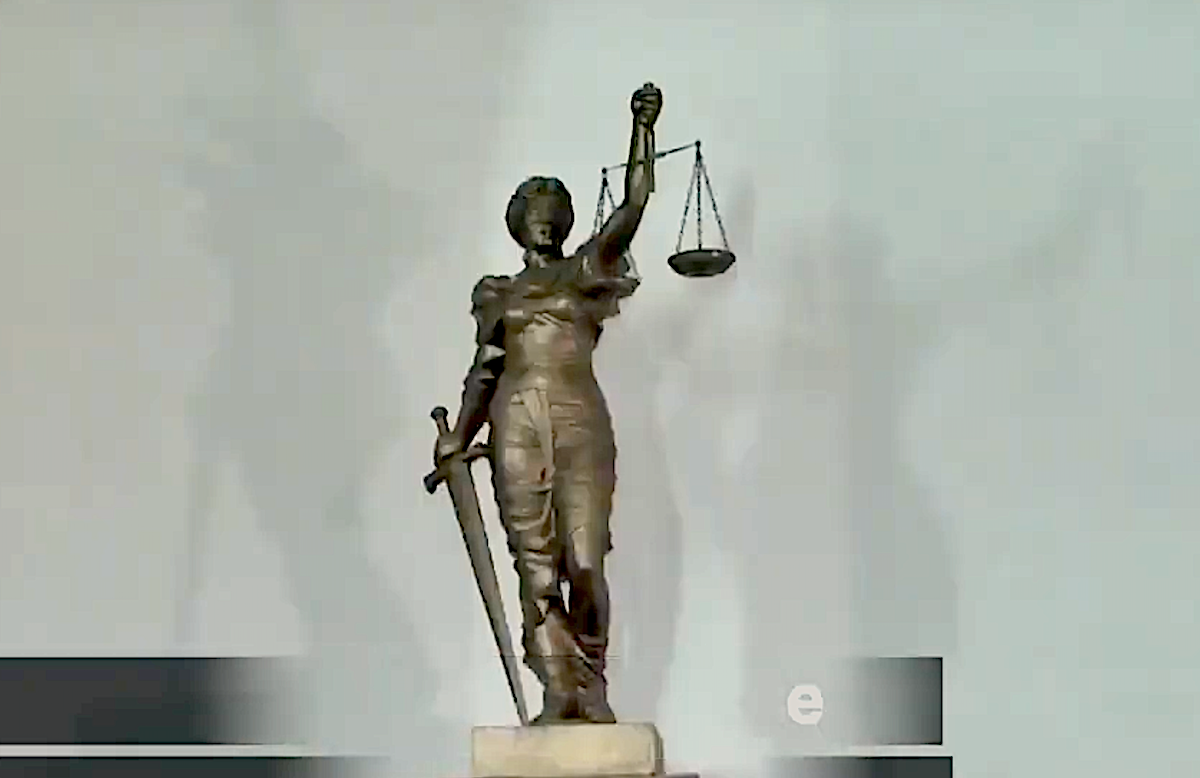 Tbilisi marks first anniversary of bloody crackdown on protests: how and why June 20 went down in history

What kind of assistance is Armenia offering citizens to help mitigate the coronavirus crisis?

The post Virus resurges in one part of the Caucasus, protests erupt again in another. “Past week in the Caucasus” from JAMnews, video appeared first on English Jamnews. 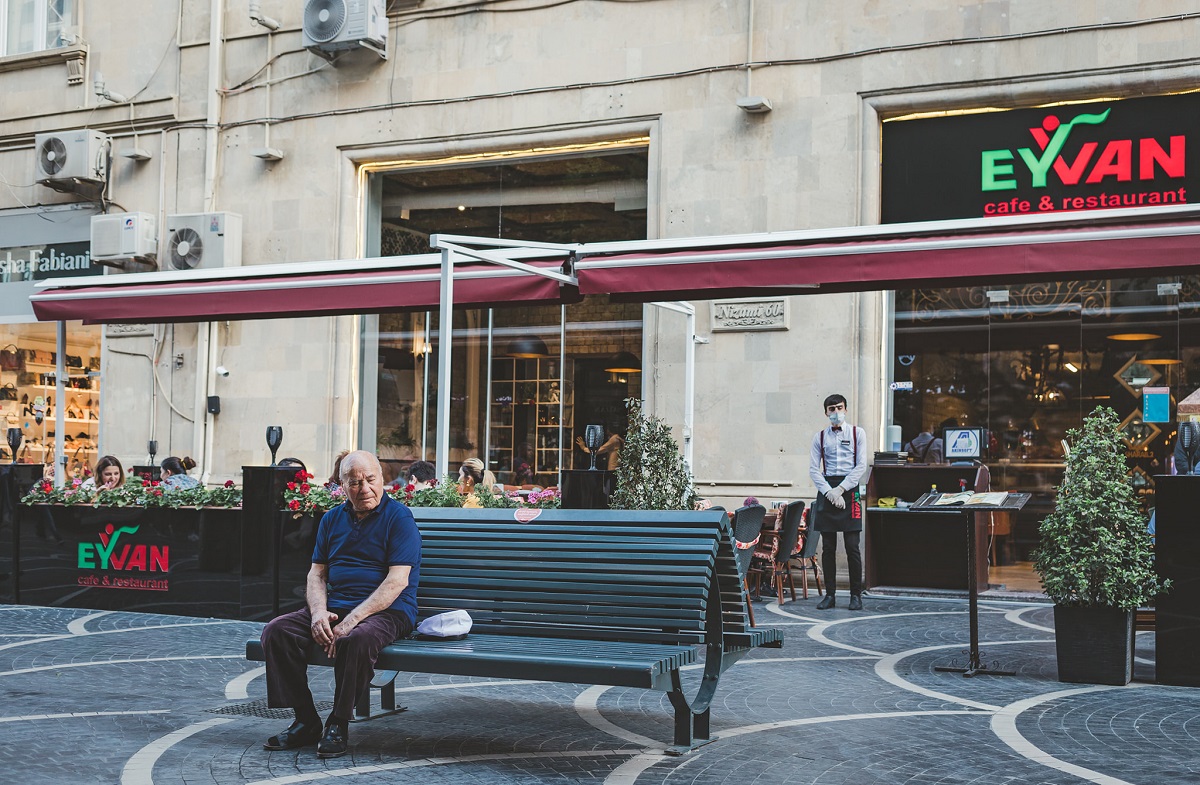 Baku is adding street surveillance cameras to the methods at its disposal to monitor violations of the strict quarantine measures in place in the city.

The quarantine measures were reintroduced on June 21, and will last at least until July 20 due to an increased number of infections in the country. On July 2, 572 new infections were reported in a single day.

The authorities say are trying to better enforce the quarantine regulations for the sake of the population, however many in the public are afraid that the bans in place will only become stricter.

Since the beginning of the pandemic, 18,684 people have been infected in Azerbaijan. Of these, 228 have died and 10,425 have recovered.

The new system is being introduced after police posts were removed from the streets to check whether people had SMS permission to have left the house – this system led to enormous traffic jams.

The SMS exit system was implemented in the beginning of the pandemic, and has been in and out of force in the past two months as Azerbaijan has grappled with a drastic rise in infections.

From now on, cars will be checked at random, and the traffic police intends to use the cameras to check whether drivers have permission to be outside.

It has not yet been specified how this system will work.

On social media, people express mainly a sense of bewilderment over the new measures, especially the role of surveillance cameras.

“They will install a chip in us and check whether we have permission for two hours or not?”

“And what if there are 5 people in the car, and only the driver has permission?”

Many residents of Baku are afraid that the authorities may again forbid them to leave their homes on weekends, as has already been done twice in June. Social media users have written much about this traumatic experience, including the inability to go out for two days even for medication or for urgent medical attention.

The government explains this with an increase in the number of infected and dead from the coronavirus COVID-19. Every day about 500 new cases of infection are detected in the country and 6-7 people die.

One of the issues that most concern Azerbaijanis is the impact of the pandemic on the economic and social spheres. JAMnews spoke with the executive secretary of the opposition Republican Alternative Party, economist Natiq Jafarli, about this issue.

Two types of economic impact of the pandemic

Jafarli says the pandemic can be detrimental to the economy on two “fronts”.

This negatively affects the flow of currency into the country and the indicators of microeconomics.

“Official data show a contraction in the economy of 1.8%. But it seems to me that, in fact, this percentage is higher. “

Secondly, the economy has been completely suspended.

“70% of the country’s population lives in cities where quarantine has been imposed. And the main economic activity also takes place in these regions. Baku and Absheron region are the locomotives of the Azerbaijani economy.”

When the strict quarantine regulations were first announced, the Minister of Economy said the country was losing 150 million manat daily.

“When quarantine was first announced in big cities, assistance packages for both the public and business were also announced. These packages were provided until June 1. During this period, the salaries of 308,000 people were paid through various channels and certain tax concessions were made. And 600,000 people received 190 manat in social assistance. But although strict quarantine measures were announced twice for two days in the first two weeks of June, no assistance was offered to citizens or business.”

In cities where quarantine was introduced until July 5, 190 manat will be paid to citizens in need.

Although quarantine has been announced in only a few cities, the activities of some areas are limited and suspended throughout the country. In addition, if a person is poor and legally entitled to social assistance, but he is registered in a region where there is no quarantine, then he will not be able to receive these 190 manat.

Jafarli believes that the basis should not be taken as legal registration, but the actual place of residence of citizens. For example, if a person is registered somewhere in the province, but currently lives in Baku, he must receive social assistance.

“According to my calculations, this time 350,000 people will get help”

Jafarli adds that no business support has yet been announced.

“The damage done to the economy and business has not yet been calculated. Two parallel packages were adopted in Georgia, and even in Russia: one to eliminate the consequences of quarantine itself, and the second to develop business in the post-quarantine period.”

Tax breaks for a company with zero profit?

“The tourism sector, declared a priority by the government, is completely paused. Accordingly, the profits of workers in this area are also at zero. And the state is making tax concessions to zero-income companies. But this is illogical, given that tax is formed from profits.”

Jafarli says that the Azerbaijani economy is not ready for the post-pandemic period. Because programs related to this have not been adopted, discussions have not been held. In world practice, in order to re-launch the wheels of the economy, they increase demand and issue long-term loans to businesses at a very low credit rate.

Jafarli says that over the past four months, people who do not have a stable income and have spent all their savings go to the bank. As a result, deposits of Azerbaijani banks decreased. And this is also a serious problem of the post-pandemic period, because if people do not have money, there will be no consumption. And this will negatively affect the turnover of goods, and the volume of goods brought into the country will decrease.

The economist adds that no steps have been taken in connection with loans.

“Both citizens and businesses continue to accrue interest on loans. Soon we will witness a serious increase in the number of problem loans, and in September-October the banking sector will be covered by another wave of crisis. The only hope of the government is that the price of oil can rise again.”

But Jafarli argues that relying on the price of oil is a good strategy, because in the event of a “second wave” of the pandemic, the demand for oil can drop and world oil prices can drop to $20-30.

The post Azerbaijan’s economy before and after the pandemic – what to expect and what to be afraid of? Interview with economist appeared first on English Jamnews. 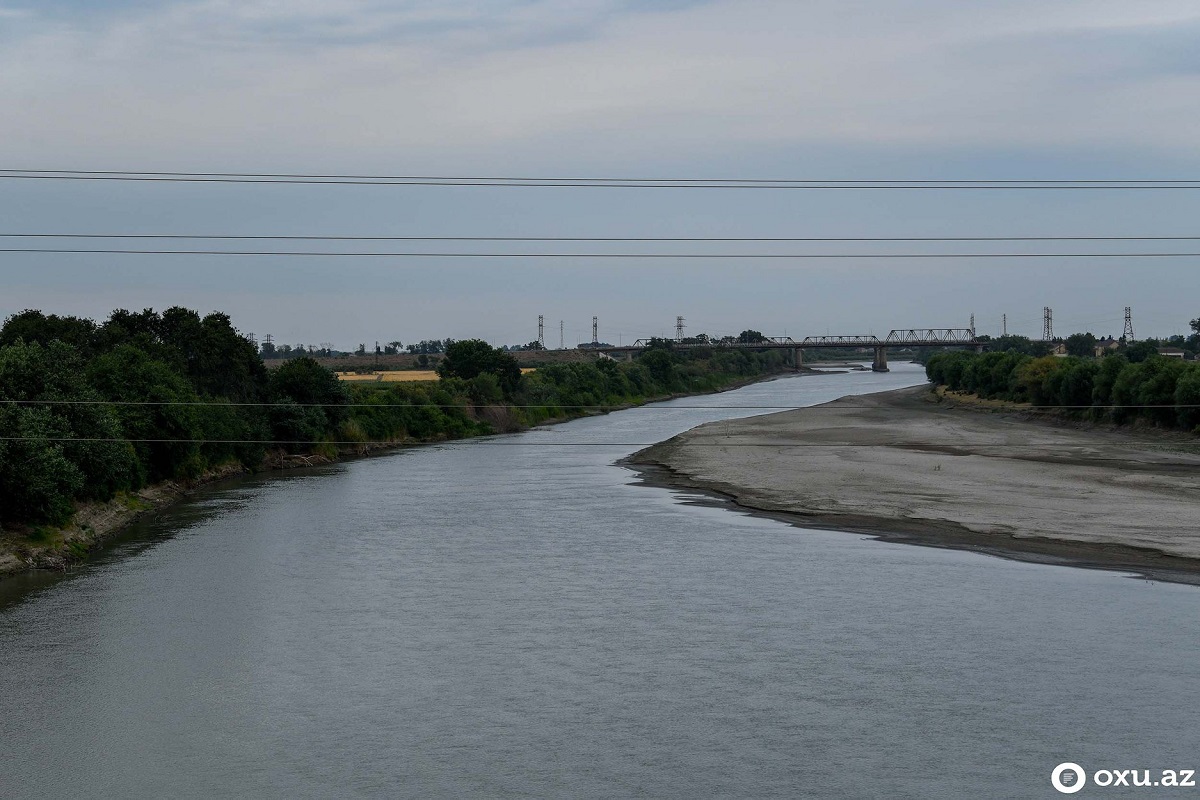 The Kura River in Azerbaijan, one of the main waterways of the country and a body which plays an important role in the ecosystem of the entire South Caucasus, has become significantly shallow.

Some experts attribute the alarming situation to the careless attitude of local farmers. Others warn of the risks that the Mingachevir reservoir continues to create for the country’s water resources.

Residents of the Neftchala region of Azerbaijan say that there is so little water in the river that you can see the bottom.

They have to buy water for their cattle, gardens and orchards.

There are drinking water problems in the area as well, and local residents say they have it delivered from the neighboring Salyan region.

Farman Huseynov, a resident of the city of Neftchala which is located on the banks of the Kura River, told the BBC that the level of fresh water in the river had decreased so much that the saltwater of the Caspian Sea has begun to flow into the channel, mixing with the river and leading to problems with drinking water:

“Over the past hundred years, it has never happened that salt water has filled the mouth of the river. The authorities should have seen to the problem and made sure in advance to prevent this,” says Farman Huseynov.

“The Kura has been reduced to such a condition that we can talk about a threat to the entire ecosystem,” said Ramiz Mammadov, director of the Institute of Geography of the National Academy of Sciences of Azerbaijan.

Mammadov says one of the main reasons for the issue is the irresponsible approach of local farmers.

“There is rapid growth of farming here, new farms are being created, the volume of water use has increased dramatically. And it is used wastefully,” says Ramiz Mammadov.

In particular, he said, within the 50-60 kilometers that separates the village Banq from the Caspian Sea, water pipelines and pumps have been installed in many places.

“Fisheries and ponds have been created, and a huge amount of water is spent on all this,” says Ramiz Mammadov.

At the same time, he noted, it is necessary to take into account climate changes that affect the ecosystems of the entire planet.

How to solve the problem?

On April 15, 2020, President Ilham Aliyev signed a decree on measures for the rational use of water resources. A special commission has also been created to study the problem and propose a program to restore the water levels in the Kura.

However, experts have doubts that the commission will be able to come to a decision in the foreseeable future.

“Perhaps the shallowing of the Kura is due to the fault of the Mingachevir reservoir, which draws too much water from the river,” says Zeynalov.

If the commission created by the president really wants to understand the situation, they should come to the place and study what is happening there, the ecologist believes.

“They say that some officials built objects where the waters of the Kura and Araks merge. And for these objects too much water is taken from the river. The Commission should ask about this issue.”

The post Kura River in Azerbaijan so shallow that the bottom is visible. Who’s to blame – farmers or the gov’t? appeared first on English Jamnews.

Coronavirus in the Caucasus. Armenia and Azerbaijan report new record number of cases