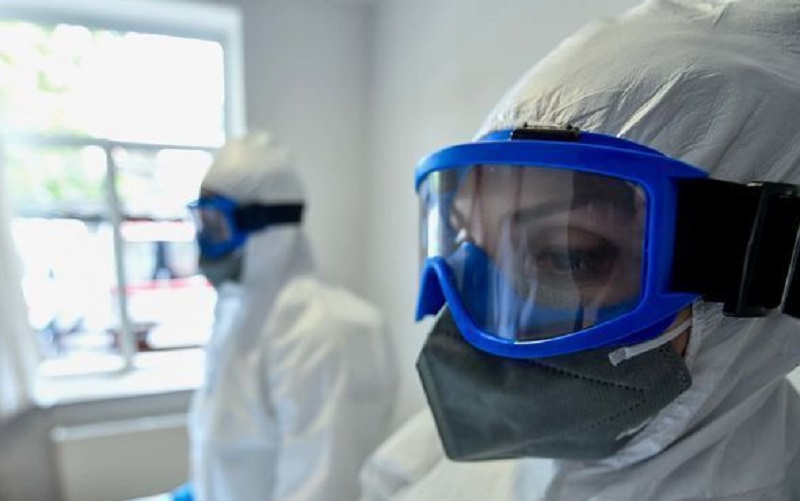 Public confusion and outrage has followed a mix-up of 12 bodies of individuals who have recently died from coronavirus in Azerbaijan.

In these 12 cases, the bodies of the deceased were not sent to their relatives but to other families.

Journalist Hamid Hamidov sharply criticized the Association for the Management of Medical Territorial Units (T (BIB) for the incident.

“I heard shocking news this morning. One man, who lives abroad – his mother lives in Ganja. She got sick with coronavirus, and unfortunately she passed away. They brought a sealed coffin. They said not to open it in any case. ‘Bury it like that.’

The relatives buried the coffin. A few days later, the official documents were brought. The [family] received the documents and went into shock. It turned out that the bodies were mixed up and they brought the corpse of a completely different person.

They went to unearth the body, to make sure. They began to search for the mother’s body. It turned out that she was buried in a completely different place, and as a result, it turned out that the bodies of 12 people were mixed up this way …

They say that the body of a man was sent to Barda instead of a woman. The body was mourned and buried by another family. It is a shame for TƏBİB! It’s just a shame, and someone should be held accountable for it.”

The body of a citizen who has died from coronavirus infection is brought from the hospital, said Adalat Hasanov, director of the Association of Forensic Medical Examination and Pathological Anatomy. Naturally, it is packed in a special package, and is accompanied by a document their his personal data.

According to him, the body is disinfected in the morgue, then it is washed and hermetically packed, and after that a shroud is used.

“Confusion can only happen if the deceased came to us with another person’s documents,” he said.

The director explained that in order to exclude such a situation, now, by his order, the body is first shown to relatives, identified, and then the necessary procedures are carried out:

“And only then disinfection is carried out, the body is washed and transferred to loved ones. This practice has existed in Baku for more than 20 days.”

“On the one hand, we do this so that our relatives have the opportunity to say goodbye, on the other, in order to avoid confusion, even if they made a mistake in the hospital,” Hasanov said.

"For us, the MAX will be able to fly again starting next week," after the publication of a directive, EASA director Patrick Ky said in a video conference.

"We have reached the point where our four main demands have been fulfilled," Ky said during the conference, organized by the German association of aviation journalists.

The MAX was grounded in March 2019 after two crashes that killed 346 people — the 2018 Lion Air disaster in Indonesia and an Ethiopian Airlines crash the following year.

Investigators said the leading cause of both crashes was a faulty flight handling system known as the Maneuvering Characteristics Augmentation System or MCAS.

Meant to keep the plane from stalling as it ascends, the automated system instead of forced the plane's nose downward.

The findings plunged Boeing into crisis, with more than 650 orders for the 737 MAX canceled since last year.

Producer David Richardson, one of the screenwriters of the animated series The Simpsons, has died at the age of 65, Report states, referring to Deadline magazine.

He passed away because of heart failure. Richardson's family plans to hold the funeral closed to the public. A mass farewell will be held after a while.

Richardson is the author of several television comedies.

Milli Majlis's deputies will get acquainted with the situation in the liberated lands and discuss important issues for the development of the agricultural sector in those territories, Report informs, citing the Parliamentary Committee's working plan.

Moreover, the work plan includes issues of visiting families of martyrs by committee members, holding meetings with veterans and participants of the war.

Egypt to be self-sufficient in petroleum products by 2023

Eight regional landfills for waste to be established in Azerbaijan