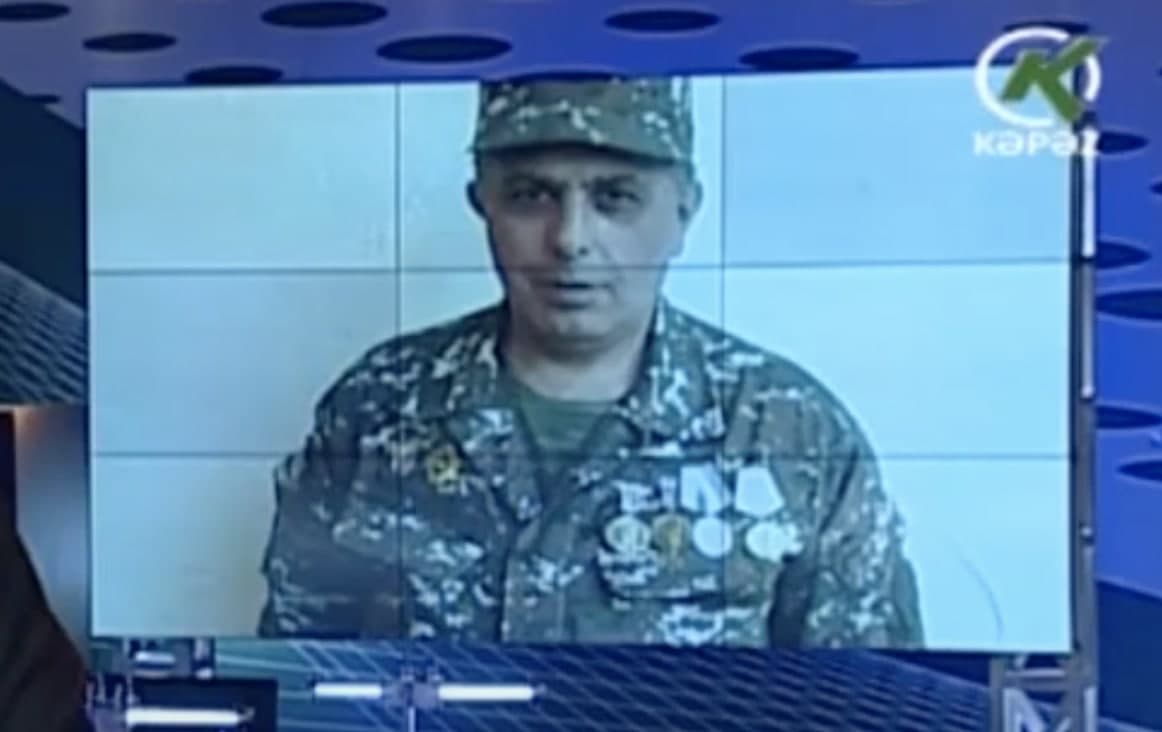 By the decision of a Baku military court, 51-year-old citizen of Armenia Ludvig Mkrtchyan was arrested for torturing captured Azerbaijanis.

Mkrtchyan himself was captured during the second Karabakh war.

He was convicted of torturing Azerbaijani prisoners of war who fell into the hands of the Armenian army during the first Karabakh war in the early 90s.

Details of the criminal case against Mkrtchyan are not given.

Ludvig Mkrtchyan was arrested for four months – for the duration of the investigation.

Views: 80
Related Topics:news
Up Next

12 bodies of coronavirus victims sent to wrong families in Azerbaijan

Georgia to get additional Javelin missiles from US

The number of coronavirus cases confirmed all over the world has surpassed 95 million, while the global COVID-19 death toll stands at over two million, according to the latest data from the Johns Hopkins University's Coronavirus Resource Center.

The United States, India, and Brazil remain the top three countries in terms of the total number of confirmed coronavirus cases. Russia comes fourth.
The US has registered 23,928,643 COVID-19 cases and has the largest COVID-19 death toll of all the countries in the world (397,500).

Russian biologists have preserved a human cell cult from contracting novel coronavirus using enzymes in the venom of vipers and other snakes that belong to the phospholipase family.

According to Report, the article, which reflects the preliminary results of their experiments, was published by the electronic scientific library bioRxiv.

Russian scientists, led by Yuri Utkin, head of the laboratory at the Institute of Bioorganic Chemistry of the Russian Academy of Sciences, analyzed the structure of PLA2 molecules from the venom of several species of vipers and studied how they affect SARS-CoV-2.

It turned out that all forms of snake venom in one form or another stopped the virus from multiplying in the cell cult. The most effective was the venom of the Nikolsky viper. The poison destroyed the COVID-19 and blocked its interaction with receptors on the cell surface.

The main range of the Nikolsky snake is the European part of the Russian Federation, Ukraine, and Romania.

European leaders have reacted to the detention of Russian opposition leader Alexei Navalny at Sheremetyevo Airport, who arrived in Moscow by plane from Germany.

The issue will be discussed by the EU Council at the level of foreign ministers on January 25 and at a meeting of the European Parliament on January 18.

Charles Michel said that Alexei Navalny's detainment upon arrival in Moscow is unacceptable and that Russian authorities should release him immediately.

Josep Borrell noted the Russian government must respect Alexei Navalny's rights and release him immediately. According to him, the politicization of the judiciary is unacceptable.