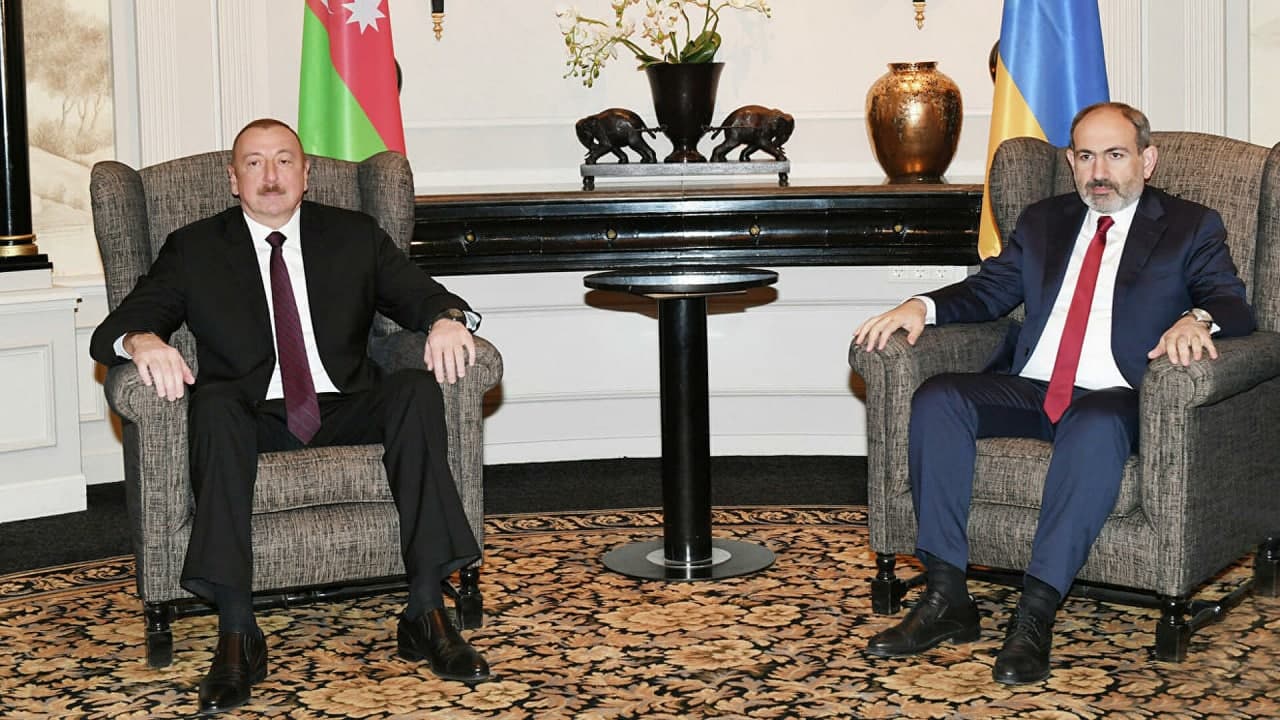 Russian President Putin is arranging a trilateral meeting with the President of Azerbaijan and the Prime Minister of Armenia on January 11 in Moscow.

This will be the first meeting since the end of the second Karabakh war (September 27-November 10, 2020).

Armenia and Azerbaijan have radically different expectations from this meeting.

In Yerevan, discussions are expected on economic issues and the problem of returning prisoners and searching for the missing.

Azerbaijan considers the main issue to discuss further conditions for the stay of Russian peacekeepers in Karabakh.

Below: a survey of opinions from Yerevan and Baku, as well as a commentary by a Russian political scientist who believes that “Armenians should leave Karabakh along with their weapons.”

Press Secretary of the Prime Minister of Armenia Mane Gevorgyan said on her Facebook page that during the meeting the issue of regional transport corridors would be discussed.

First of all, this concerns the issue of international cargo transportation, including from Armenia to Russia and Iran, as well as from the central regions of Armenia to the Syunik region bordering with Azerbaijan through Nakhichevan.

Gevorgyan says the active discussions in the society both in Azerbaijan and Armenia of the so-called “project of the Meghri corridor” – the possible construction of a new transit road that will connect the Azerbaijani autonomy of Nakhichevan – with Azerbaijan as misleading. This is a road that will pass through the territory of Armenia – through the city of Meghri.

“In the trilateral statement of November 9, 2020 (which stopped the hostilities) there is no clause on Meghri or any other provision on the creation of a corridor through the territory of Armenia,” wrote Mane Gevorgyan.

Another key topic for discussion at the meeting of the leaders in Moscow in Armenia is considered the issue of returning prisoners, rescuing soldiers who remained on the Azerbaijani rear, finding the bodies of the dead and clarifying the fate of the missing.

“Without resolving this issue or significant progress, it will be very difficult to achieve an effective discussion of the economic agenda,” Gevorgyan wrote.

As a result of the negotiations, she said, it is possible to adopt a joint statement if “an agreement can be reached on all the above issues.”

Within the framework of Nikol Pashinyan’s visit to Moscow, a bilateral meeting with Russian President Vladimir Putin will also take place.

The announced meeting in Moscow has caused a stormy and mostly negative reaction in Armenia.

A few comments from social media:

“The authorities say that nothing about Meghri is written in the trilateral statement (dated November 10, 2020). So there is not a word about the village of Shurnukh either. Then why did we give it away?”

“The agreement of November 9 did not contain provisions on many issues, but a lot of things were promised orally – for example, the clarification of borders with the help of GPS and the transfer of Armenian territories to Azerbaijan.”

The Armenian media has published information that during his visit to Moscow, Nikol Pashinyan is allegedly going to sign the following agreements on the:

It is alleged that the relevant documents have already been prepared and sent to the Ministry of Justice of Armenia.

President Armen Sargsyan called on Prime Minister Pashinyan to be guided exclusively by national interests and to follow the requirements of the Constitution and legislation of Armenia when reaching any agreements.

“We demand that Yerevan not endanger the sovereignty, statehood and territorial integrity of Armenia by signing any agreement,” said the Catholicos of the Great House of Cilicia Aram I, the spiritual pastor of the Armenian dioceses of Lebanon, Syria, Iran, the countries of the Persian Gulf, Greece , USA, Canada and Cyprus.

Ishkhan Saghatelyan, a representative of the opposition Dashnaktsutyun party, wrote on his Facebook page: “Nikol has become persona non grata in Armenia and the Armenian world. From now on, only the enemy will shake Nikol’s hand, and with the help of the enemy he continues to hold the post of Prime Minister of Armenia. But this is temporary. “

Vazgen Manukyan, the single candidate for prime minister from the opposition Movement to Save the Motherland, stated that “Nikol Pashinyan does not represent Armenia and Artsakh. Any decision that contradicts the interests of Armenia and Artsakh […] will not be ratified and will be canceled after the change of government.

Baku: Negotiations are needed on the duties and powers of the Russian peacekeepers

Head of the Center for Global and Regional Security Problems Gabil Huseynli in an interview with JAMnews about what should be at the center of discussions at the meeting between Ilham Aliyev, Nikol Pashinyan and Vladimir Putin.

“First, concrete negotiations are needed on the responsibilities and powers of the peacekeeping contingent in Karabakh. There is news that the peacekeepers are conducting exercises with the involvement of Armenian forces, although this has not yet been officially announced.

Sanctions should be stipulated for a peacekeeping mission if it goes beyond its mandate.

Thirdly, Azerbaijan will never recognize the “Nagorno-Karabakh Republic” and its “president” Arayik Harutyunyan. A governor-general of this territory should be appointed soon, taking into account the opinion of Azerbaijan. And Harutyunyan is charged under several points of the Azerbaijani Criminal Code and should be handed over to official Baku.

Fourth, a corridor between the main part of Azerbaijan and Nakhichevan should be opened in the near future. The Armenian side is trying to change the approach to this issue. A red line must be drawn along this corridor.

Fifth, Turkey should also be present at the next such meetings. Because Turkey is part of the process, and Russia recognizes this. I think that the presence of official Ankara in the negotiation process will not allow him to enter a dead end. “

Russian political scientist: “This is the territory of Azerbaijan, Armenians must leave it along with their weapons”

Political scientist, editor-in-chief of the National Defense magazine Igor Korotchenko in an interview with the Moscow-Baku magazine:

“In the trilateral statement of the leaders of Russia, Azerbaijan and Armenia, since it was elaborated in wartime and temporary time pressure, it was impossible to detail in detail all aspects of the Nagorno-Karabakh settlement after the end of the Karabakh war.

Therefore, in my opinion, [the upcoming January 11] trilateral meeting should more clearly, in detail, define the following issues.

That’s it, the war is over. The status of Nagorno-Karabakh has not been determined, but this is the territory of Azerbaijan, therefore, the Armenians must leave this region with their weapons.”

Views: 20
Related Topics:
Up Next

62 Armenian citizens in Azerbaijan: prisoners of war or saboteurs?

Samir Gurbanov: There are serious shortcomings in operation of river beds

Libya’s oil output has dropped by about 200,000 barrels a day after a leaking pipeline was closed, underscoring how difficult it is for the country to maintain its production after almost a decade of civil war.

The OPEC member’s output has fallen to around 1 million barrels daily following Waha Oil Co.’s decision to shut the pipeline taking crude to the eastern oil port of Es Sider, the country’s biggest. The state-owned National Oil Corp., which controls Waha and made the announcement late Saturday on Facebook, said the repairs could take two weeks, though it hopes they can be completed in half that time.

The pipeline “could no longer continue to operate due to a large number of leaks, and it’s worn out,” the NOC said. “What happened with Waha today happens daily with other companies that suffer from a budget shortage. They are also under the threat of having to reduce their production and even to halt it completely.”

Libya’s daily production surged to 1.25 million barrels this month from almost nothing in September after a truce between rival military forces. That caused problems for the Organization of Petroleum Exporting Countries and its allies, which are restricting supply to bolster oil prices following their coronavirus-triggered collapse last year. Due to its strife, Libya is exempt from the curbs.

The country’s been at war for much of the period since former leader Moammar Al Qaddafi was toppled in 2011. The Tripoli-based government, which the United Nations recognized, and the self-styled Libyan National Army, led by Khalifa Haftar, stopped fighting around June.

Yet, their forces are still encamped near the central city of Sirte, and thousands of foreign mercenaries are present throughout the country. The two sides are trying to form a unity government to run Libya until elections scheduled for December.

While Libya has Africa’s largest crude reserves, the NOC is struggling to fix oil fields, storage tanks, pumping stations, pipelines, and ports. Some have been damaged, while others are corroding because of neglect. The NOC said it lacks the money to carry out the repairs.

The coronavirus pandemic may decline. A representative of the World Health Organization (WHO), Melita Vuinovich, told Rossiya Gazeta, Report quotes.

According to her, there is no consensus on how the situation regarding the incidence of COVID-19 will develop this year, but the pandemic will not end, and the virus will not go away.

Vujnovic noted that the latest news about vaccines inspired hope, and specialists "are beginning to see the light at the end of the tunnel, and this light is getting brighter."

She recalled that an increasing number of countries are moving towards mass vaccination against or even have already started it. The WHO representative said the vaccines could end the pandemic, but they will not solve all problems. Moreover, it is necessary to continue to take measures against the spread of infection and reduce mortality by wearing masks, observing hygiene, and not forgetting about other rules, she added.

The merger will create an auto group with combined annual sales of around 8.1 million vehicles and deep enough pockets to fund the shift to electric driving and take on bigger rivals Toyota and Volkswagen Group.

"The merger between Peugeot S.A. and Fiat Chrysler Automobiles N.V. that will lead the path to the creation of Stellantis N.V. became effective today," the two automakers said in a statement.

It took over a year for the Italian-American and French automakers to finalize the deal, during which the COVID-19 pandemic upended the global economy. They first announced plans to merge in October 2019.

Shares in Stellantis will start trading in Milan and Paris on Monday and in New York on Tuesday. PSA CEO Carlos Tavares will hold his first press conference as Stellantis CEO on Tuesday, after ringing NYSE's bell with Stellantis Chairman John Elkann, FCA chairman.

Analysts and investors turn their focus to how Tavares plans to address the huge challenges facing the group – from excess production capacity to a woeful performance in China.

FCA and PSA have said Stellantis can cut annual costs by over 5 billion euros ($6.1 billion) without plant closures, and investors will be keen for more details on how it will do this.