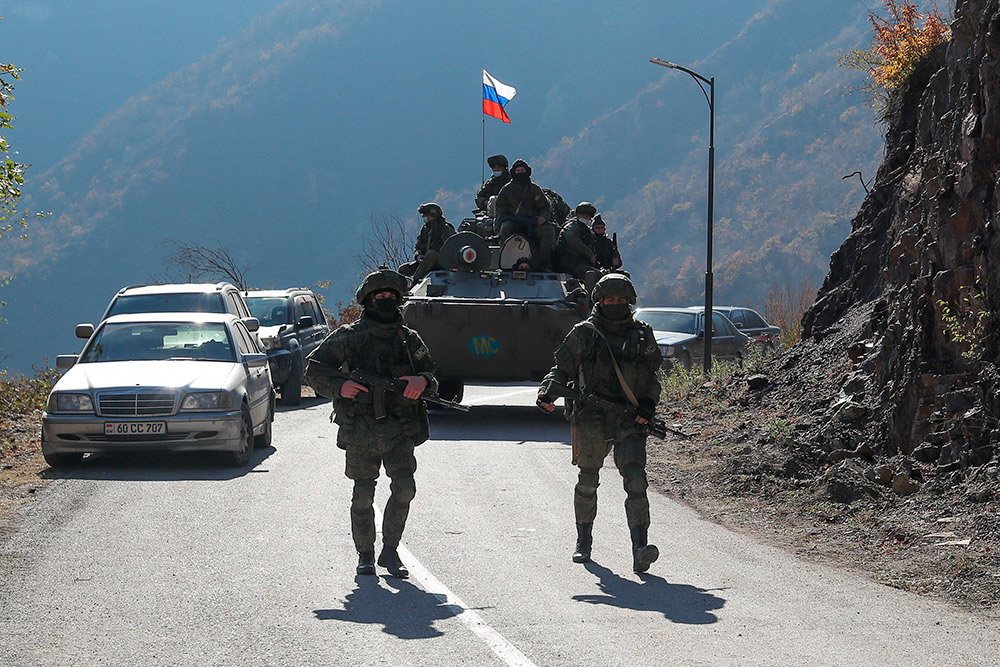 On January 11, a trilateral meeting between Russian President Vladimir Putin, Azerbaijani President Ilham Aliyev, and Armenian Prime Minister Nikol Pashinyan took place in Moscow. Negotiations resulted in another trilateral statement that has disappointed both the experts in Baku and in Yerevan.

According to political scientists in Azerbaijan, the end of hostilities in Karabakh has led to a number of serious problems that require an immediate solution.

“As evidenced by the new trilateral statement, at this stage, Russia has directed all of its attention to the fulfillment of the conditions of the 9th paragraph of the November 10th agreement,” said political analyst Shahin Jafarli.

“Without a doubt, this is an important issue for us. Citizens of Azerbaijan can get into their car in Baku and drive to Nakhichevan and back without any problems. The goods that have been delivered to Nakhichevan through the territory of Iran will travel back and forth by road and rail via a shorter route through Armenia. Although it is still under the control of Russia, we will be getting a shorter land route to Turkey as opposed to the existing route via the Georgian road”, the expert said.

But in his opinion, at this stage, there are far more serious problems concerning the Azerbaijani public, such as:

– The safe return of Azerbaijani migrants to this area

– The fate of Armenian armed groups in Nagorno-Karabakh

– Opening of the road connecting Agdere with Kelbajar“

Shahin Jafarli added that, apparently, these issues have not yet been included in negotiations.

“But why did Russia focus all its attention on the 9th clause of the joint agreement of November 10, 2020? In my opinion, there are two reasons for this,” Jafarli continued.

“First of all, Moscow wants to quickly establish a reliable year-round road and rail connection with Armenia via the territory of Azerbaijan.

At present, Russian-Armenian trade relations are carried out mainly through Georgia, via the Upper Lars checkpoint. But in winter the movement along the Upper Georgian road becomes more difficult, and sometimes, completely unnavigable – which is why there is a need for an alternative road.

With the territory of Azerbaijan available, Russia will be able to withdraw its military bases from the blockade, as well as deliver the goods and carry out rotations without any obstacles, and at any time of the year (with the permission of Azerbaijani authorities, of course).

Another problem is that Armenia has no land ties with any of the member states of the Eurasian Economic Union which means that the country found itself in a position of an enclave of this single economic space. A short road through the territory of Azerbaijan will connect Armenia with Russia and will also solve this problem.

Secondly, I think that after the restoration of communication and transportation routes, Russia can bring up Azerbaijan’s membership in the Eurasian Economic Union. Open borders and communication ties create a fertile ground for this. If Moscow voices such a proposal, it will not be easy for Baku to refuse, since Russia has enough leverage to create problems for us in Karabakh. EAEU membership can protect us from such risks.

In my opinion, the Russian vision in this region can be summarized as follows: as in the days of the former USSR, Nagorno-Karabakh remains a part of Azerbaijan and the sovereignty of our country is ensured there, the parties begin to actively cooperate, the enmity between them is gradually forgotten, the peacekeeping contingent in Karabakh is transformed into a Russian military base, and peace and stability are achieved under the auspices of Russia,” Shahin Jafarli said. 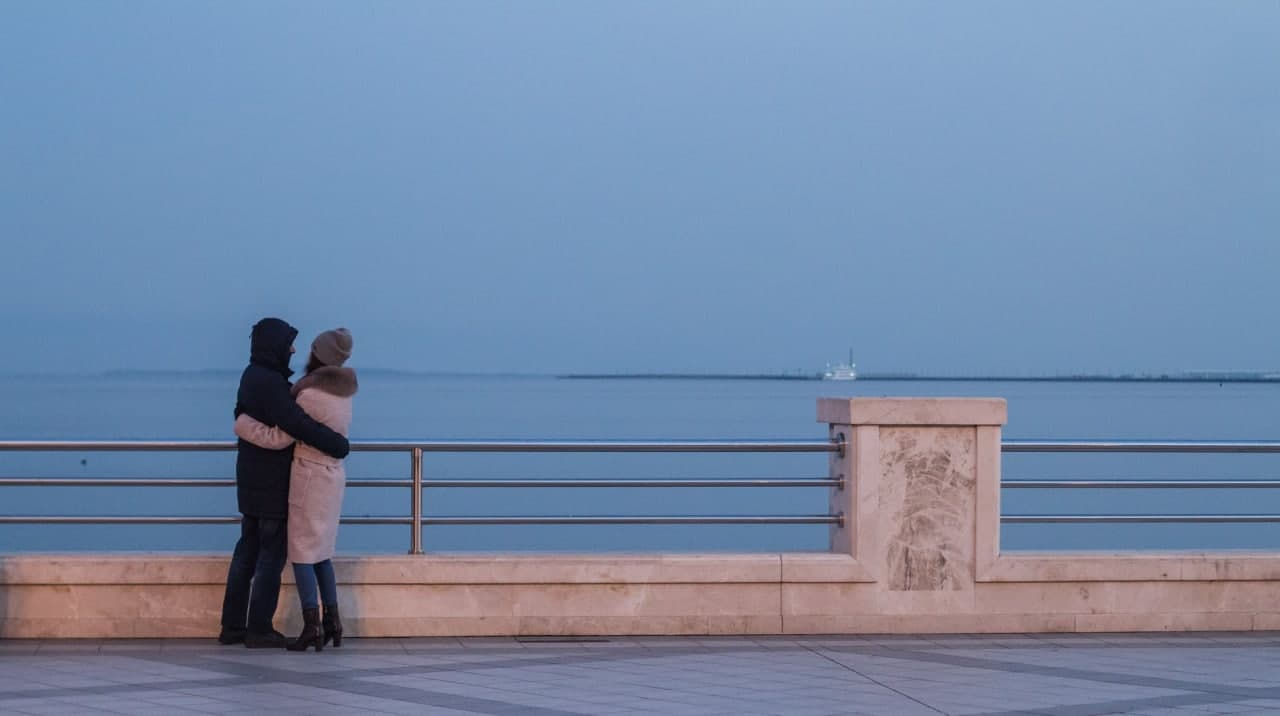 Weddings have already been banned in the past 10 months. Now, many couples have no choice but to wait for the day when they can get married.

One woman waiting for the date of her wedding, Lamia Abdulkerimova, told JAMnews about the difficulties she has to face.

According to her, according to Azerbaijani traditions, marriage without a wedding is not welcome. Because before the wedding itself, you have to go through several stages: betrothal, pre-wedding traditions, collecting dowries, etc.

She adds that despite the main role of parents in matters of weddings, everyone wants something special for themselves on this day, which happens once in a lifetime:

“Sooner or later, the quarantine will end, we are waiting for this, there is no hurry. Those who can’t wait are in trouble or have been engaged for quite some time. Their plans for the wedding did not come true. But this does not mean that they will not get married. Even if there is an official marriage, after the wedding halls start working, many of these couples will get married. Even if they themselves do not want it, the relatives will demand a wedding.”

Lamia Abdulkerimova has been engaged for over six months. During the days of quarantine, they organized a betrothal ceremony with the participation of only the closest relatives. But for the engagement ceremony, they are waiting for the quarantine regime to be relaxed.

“We can say that we have no time left. If there is no engagement before spring, then in the summer my fiancé must go into the army. So we will have to wait another year. And after the army, there will probably be no need for betrothal, and we will immediately have a wedding. I hope that at least until then, the pandemic will end and everyone will be released.”

Divorce rates are on the rise

The quarantine period is not easy for couples, not only because of the “official” component, but also purely psychologically. They cannot meet, spend time together, as a result of which over the past 10-11 months many couples have separated. Along with this, the number of divorces has increased.

According to official statistics, 32,437 marriages and 13,349 divorces were registered in Azerbaijan in 2020. In other words, more than 40% of all married people got divorced. This is a very large figure for Azerbaijan.

From the point of view of young people, Lamia notes that quarantine has a bad effect on their state of mind and leaves a mark on each of them.

“Because of nerves and stress, we fight with everyone. Naturally, there is a partner among those with whom we fight. Many of my family friends divorced during the quarantine period. There is nothing to blame them for, everyone is already tired. To summarize the topic, I do not want to get married in such a situation. This is a once-in-a-lifetime event and should be special for me.”

Lamia also added that many families in Azerbaijan do not like being in debt to anyone, and do not like when someone owes them. Everyone wants to give their debt for the weddings in which they took part: “This is so from time immemorial.”

Even musicians are protesting

The fact that, despite repeated easing of the quarantine regime, the ban on weddings remains in force, has led to a protest from the musicians. Note that weddings are the main earning point of most musicians in Azerbaijan.

“At this rate, weddings will be allowed in the month of maharram, and no one will be able to get married again.” [The month of maharram is considered a mourning month and the majority in Azerbaijan during this period do not organize any serious events – JAMnews.]

Singer Niyam Salami also expressed his protest over the quarantine:

“We cannot pay rent. People are dying of hunger. What should singers do? I don’t know where to run. How can we live while living on this land?!”

Punishment for a wedding

Despite all the bans, some Azerbaijanis still decided to hold weddings and were punished for it.

They were fined in accordance with a special article of the Code of Administrative Offenses.

One of the biggest scandals of 2020 in Azerbaijan was also related to a wedding. The wedding of the granddaughter of the former head of the presidential administration of Azerbaijan, Ramiz Mehdiyev, ended with the arrest for 15 days of his son-in-law, former deputy Ilham Aliyev.

After some time, Ramiz Mehdiyev also left his post. 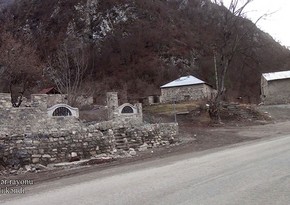 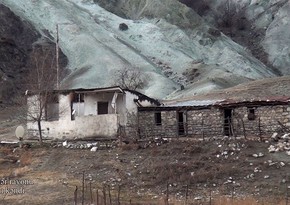 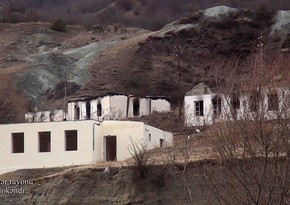 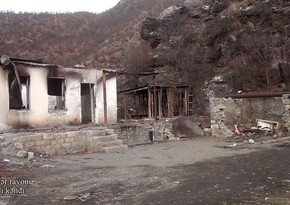 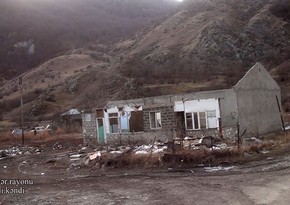 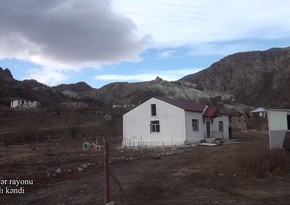