In Azerbaijan they say: “A guest is a gift from Heaven.” Hospitality is a distinctive feature of the peoples of the Caucasus.

Travelers from all over the world who have visited the Caucasus have written and are writing about it. Unfortunately, every family has its black sheep… But let’s talk about this later, and start with hospitality.

In 2015 or 2016, with a colleague from the Novoye Vremya newspaper Shakir Aghayev, we visited the city of Ganja and took part in a number of events there. For me, this visit from Baku was special – I tried to tell and show as much as possible to my guest (although we both came from Baku) about my hometown, in particular, about the personal experiences of my youth associated with various parts of my hometown. Shakir Habilovich each time drew parallels with his Aghdam and each narration ended with the words "God’s willing, you will visit Aghdam as a guest." 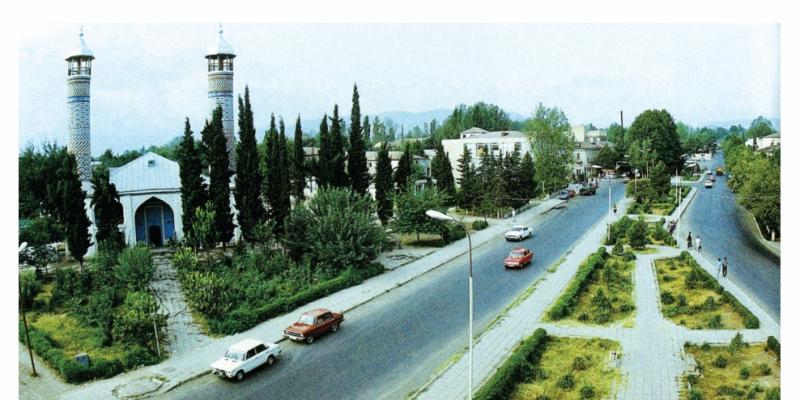 The city of Aghdam was founded in the middle of the 18th century, in 1828 it received the status of a city. It is located 365 km from Baku at the eastern foot of the Karabakh ridge. The name comes from the Azerbaijani "ag" – "white" and "dam" – "house". This name comes from the residence of the ruler of the Karabakh khanate Panah-Ali Khan "Imarat" located in the city, covered with white lime. From July 23, 1993 to November 20, 2020, the city was under the occupation of the Armenian armed forces.

With the permission of Allah and thanks to our glorious army under the leadership of the Commander-in-Chief-Victorious Ilham Aliyev, 27 years later, Aghdam was liberated from the occupation. And, finally, last weekend we visited Shakir Aghayev’s hometown. But we saw a city that almost no longer exists… From the very first village on the outskirts of Aghdam, we saw the ruins of houses, destroyed to the ground. We also saw a depressing picture of a completely devastated city. The facade of the Drama Theater, which once symbolized the cultural life of Aghdam, clearly testifies to the dramatic events that have taken place in the city since the middle of 1993. We are getting to the central part of the ghost town. Shakir Habilovich looks somewhat confused at the sight of ruins, stones, only bare walls remain from administrative buildings, which are mainly collapsed. Nevertheless, looking at the bricks now overgrown with weeds, with enthusiasm in his voice he is trying to revive in his memory buildings reminiscent of those serene days of the Aghdam people:

"Murad, here was the Museum of Bread, well-known throughout the former Soviet Union. There was a department store, and here was a passage. You could buy whatever you wanted, both legally and even from under the counter. Nowhere in Soviet Azerbaijan was it possible to find such a bazaar. People came here from all over the Caucasus. This place was called "Bombay", he says. Over the past 27 years, Aghdam, once hosting artists and athletes from all over the region, has turned into a ghost town. 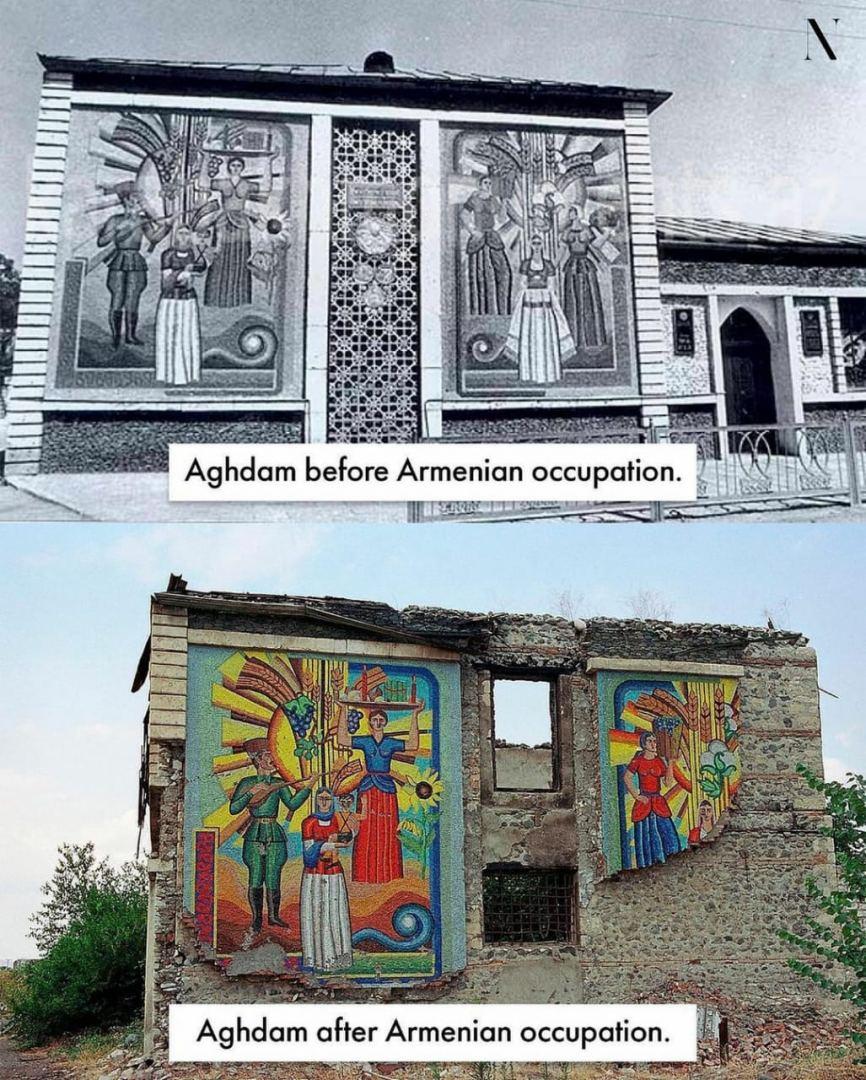 The only Museum of Bread known throughout the former Soviet Union, which was established in 1983, was located in Aghdam. There were exhibits related to antiquity and the Middle Ages. Among the exhibits collected in the Aghdam Museum of Bread, there were fossilized samples of ancient grains, rare types of grain crops, numerous valuable books, manuscripts and other materials on the development of arable farming, ancient agricultural implements: a plow, a simple and toothed sickle, a roller for grinding grains, a hand mill and other things. The most ancient exhibits of the museum were fossilized wheat grains dating back to the 7th millennium BC. A shell dropped by Armenian forces on August 12, 1992 put an end to the operation of the Aghdam Museum of Bread, 1,500 exhibits of the museum were destroyed by fire. The famous Aghdam tea house and the only stadium in Aghdam "Imarat", where the now famous football club "Garabag" played, was also destroyed.

We are approaching the street where the house of Shakir Habilovich once stood, but we return halfway – it is impossible to predict where you will step on a mine. Though four months have passed since the signing of the ceasefire agreement, the Armenian side doesn’t hand over maps of the cleared territories. This is how insidious the enemy of the Azerbaijani people is – having looted everything until the last grain, they left deadly traps behind them… 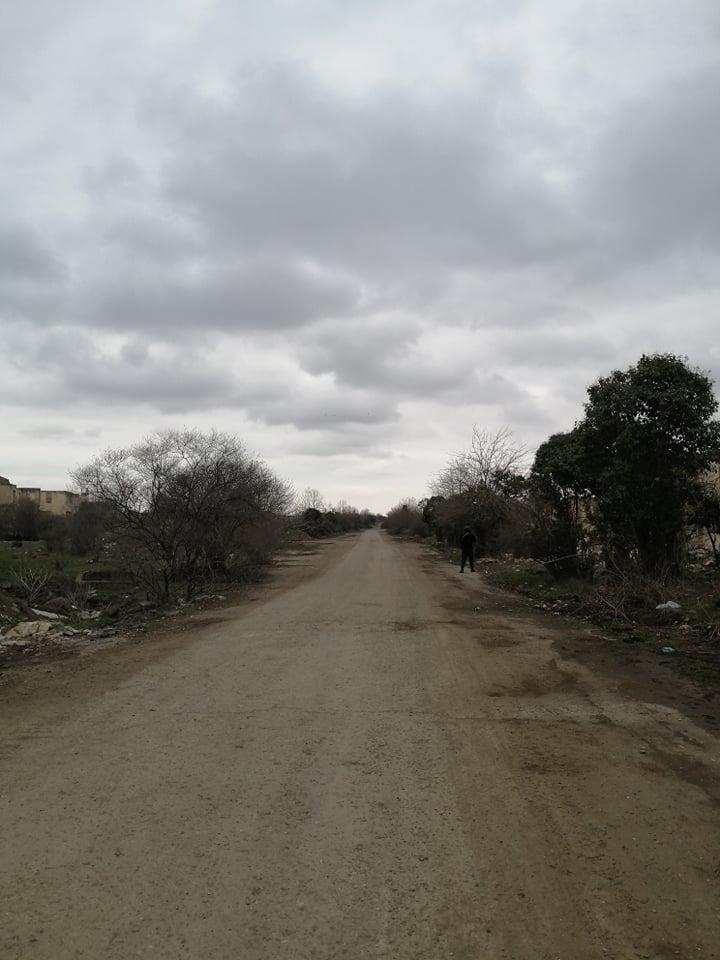 UK journalist, author of studies on South Caucasus, Thomas de Waal, in his book "Black Garden" writes: "After the Armenians captured Aghdam in 1993, they gradually, street by street, house by house, smashed the city brick by brick. The dilapidated houses are overgrown with thistles and kumanik".

What we saw in the heart of Aghdam seemed to be the apogee of all that barbarism perpetrated by the invaders. But no. In the "Hiroshima" of the Caucasus, an even more terrifying spectacle awaited us, to which even the barbarians would not have resorted. Not seeing anything that had survived in the city, we moved to the outskirts of Aghdam to at least pray at the graves of relatives and close friends of my Aghdam colleagues at the end of our visit. Those from Aghdam and all of us could not help tears from what we saw…The graves were dug, the tombstones were destroyed… I stood shocked near the empty pits, trying to find an explanation – maybe they dug it out for their killed people, maybe some shell fell… "Rather, they were looking for the golden teeth of the deceased," someone suggested. After this commentary, a clear picture of the real activities of Armenians in the occupied Azerbaijani lands for all these 27 years appeared before my eyes. The Armenians, having dragged everything possible and impossible from Aghdam (after all, many residents of the city left their homes without taking anything, because they were sure that they would return there very soon), having turned the city into ruins, making it unrecognizeable, didn’t even leave the chance to cry over the graves of relatives… 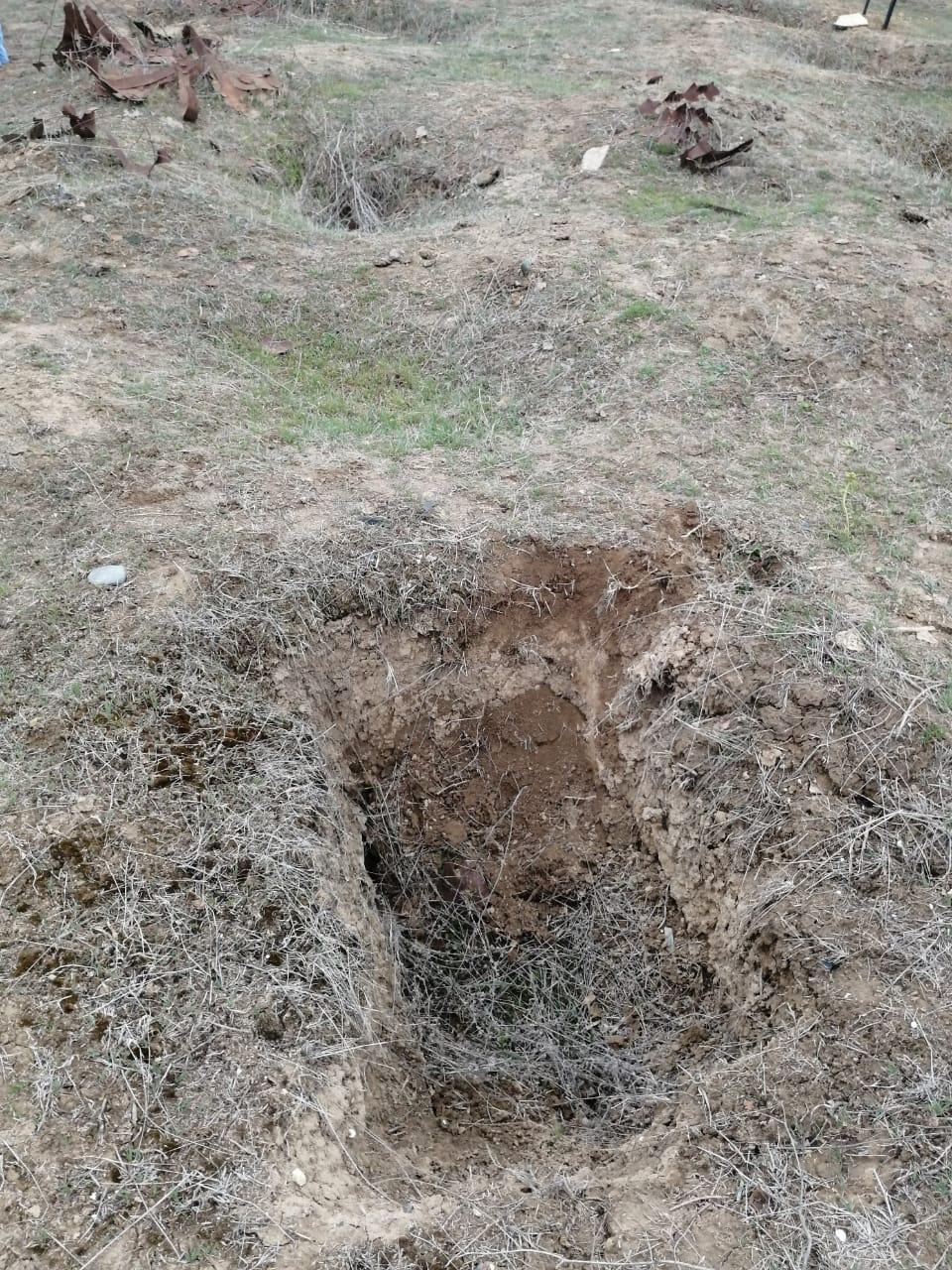 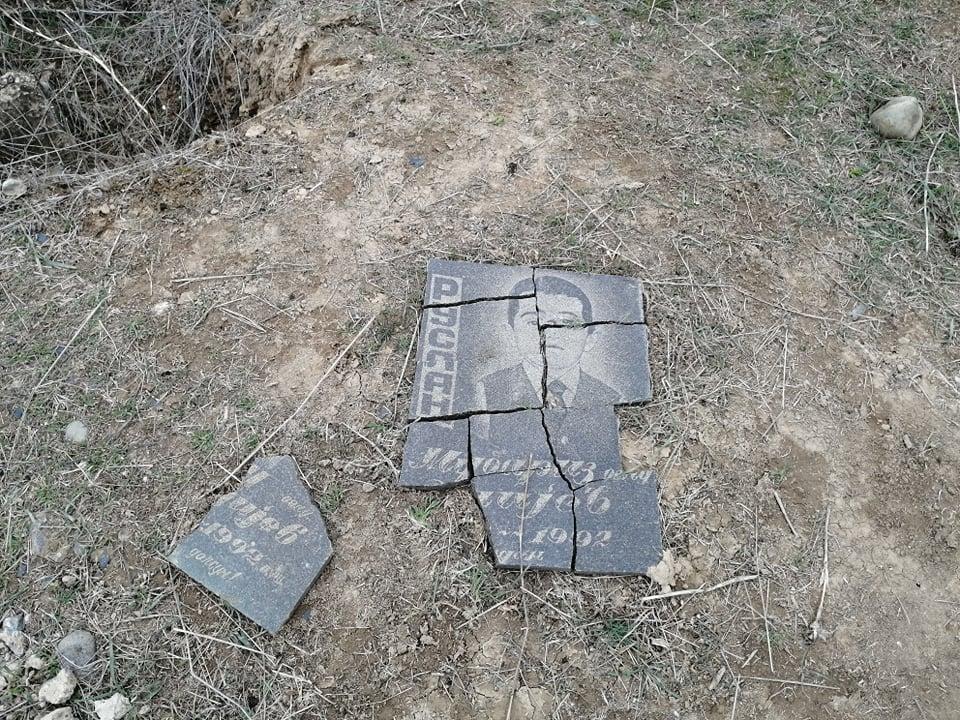 Today, Azerbaijan is celebrating the last Tuesday before Novruz holiday – "Torpag chershenbesi" ("Tuesday of the earth"). On this day, our ancestors paid tribute to mother earth, its riches and bounties. This day is full of various rituals that symbolize well-being in the coming new year, liberation from hardships and troubles. Previously, in villages, each family lit torches on the roof of their house, according to the number of family members. Aghdam land, by the way, is one of the most fertile in Azerbaijan, for 27 years remained in captivity of cruel destroyers, where no fires were lit, no festivities were held during the holidays. But, as President Ilham Aliyev says, "we will restore Karabakh and make it one of the developed regions of the world." Aghdam will meet us with all its hospitality! This was the thought with which we left the hometown of Shakir Habilovich. Views: 80
Related Topics:
Up Next

Azercell is ready to apply the “Smart City” and the “Smart Village” concepts!