Azerbaijani Minister of Culture Anar Karimov met with Ambassador Extraordinary and Plenipotentiary of the Islamic Republic of Afghanistan to Azerbaijan Amanullah Jeyhun on April 8.

The Ministry of Culture told Report that Karimov expressed satisfaction with the development of bilateral relations between Azerbaijan and Afghanistan in various fields, including culture.

He noted that the two nations enjoy friendly relations based on shared cultural and historical values, adding that meetings and mutual visits at various levels have made a significant contribution to expanding existing ties.

Stressing that the two countries closely cooperate and support each other within international organizations, Karimov touched upon the Memorandum of Understanding on Cultural Cooperation between the Government of Azerbaijan and the Government of Afghanistan and stressed the importance of holding days of mutual culture.

Speaking about the historic victory in the Patriotic War, the Minister thanked the Afghan government and the Afghan people who defended Azerbaijan's rights for making statements in support of Azerbaijan's sovereignty and territorial integrity.

Thanking for the warm reception, Jeyhun, in turn, noted that the religious, historical, and cultural closeness between the two peoples laid the foundation for strengthening relations in the field of culture.

Expressing his congratulations to Azerbaijan on the victory in the Patriotic War, the ambassador stressed that the people and state of Afghanistan have always stood by Azerbaijan.

The diplomat said that during his visit to the de-occupied regions, he was especially horrified by the devastation and the consequences of Armenian vandalism he saw in Fuzuli.

The sides exchanged views on cooperation in various fields of culture, including museums, the establishment of corners dedicated to Azerbaijan and Afghanistan in the national libraries of the two countries, the organization of joint exhibitions and events on the occasion of the 880th anniversary of Nizami Ganjavi.

The meeting continued with a discussion of prospects for future cooperation between the two countries in culture and other issues of mutual interest. 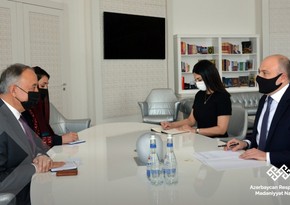 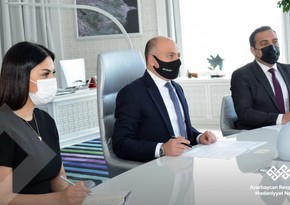 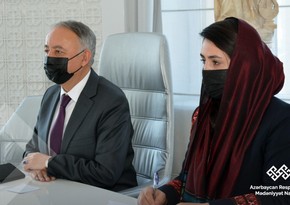 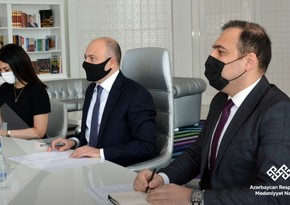