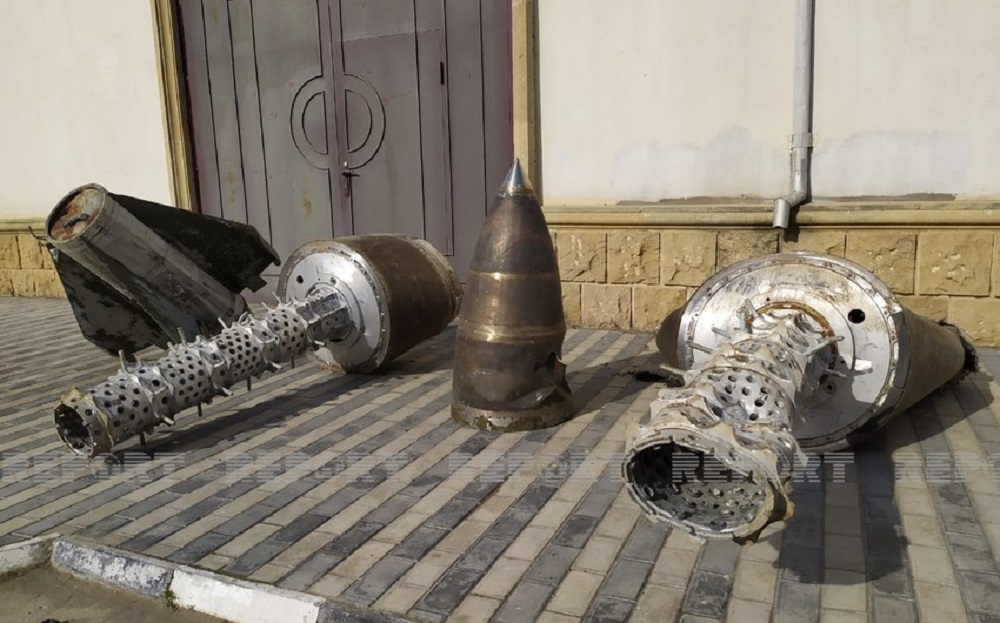 Iskander missile on display in Baku

The wreckage of an Iskander missile fired at the city of Shusha during the second Karabakh war was demonstrated in Baku earlier today.

The missile exploded, but it is not yet known from which part of Armenia this missile was fired. Opinions about putting the missile on display have differed widely amongst the Azerbaijani public.

On March 31, 2021, an anonymous source at the Azerbaijan Mine Action Agency (ANAMA) said that fragments of an Iskander rocket were found in Shusha. The serial number on the wreckage matched the data on the missiles of this category produced in Russia.

In one of his interviews, the ex-President of Armenia Serzh Sargsyan made a sensational statement, saying that in the last days of the second Karabakh war, Armenia used the Iskander missile.

In response, Armenian Prime Minister Nikol Pashinyan, on the air of a local news site with a pro-Western bias, expressed doubts about the effectiveness of the Russian Iskander missile systems. He stated that they “did not explode or exploded by ‘only ten percent'”.

During his big press conference on February 26, 2021, Azerbaijani President Ilham Aliyev also spoke about the talks about the launch of the Iskander rocket from the Armenian side.

At first, Baku did not understand ANAMA’s statement

After a source in ANAMA announced the discovery of Iskander missile wreckage in Shusha, former Foreign Minister of Azerbaijan Tofig Zulfugarov commented on the message.

“The annoying topic of the ‘Armenian Iskander’ continues … 3 years ago I wrote that these missiles were not transferred to Armenia. Then there was a continuation that they either did not explode, or were not applied at all … Now an ‘anonymous source’ from ANAMA joined this issue, and named the place of the missile fall with coordinates on which, during the hostilities, it was not under our control.

The Russian side is simply facing an insoluble problem – or it must be admitted that the so-called Iskander and SU-30 deliveries were just a “propaganda” bluff in order to scare us, or to confirm Pashinyan’s version of “low-quality” Iskander and Su-missile fighters … I wonder why our ANAMA got involved in this propaganda of topics that have nothing to do with our interests?

P.S. Know, if an important comment is given by a non-identified ‘anonymous author’, then this is definitely misinformation … ” wrote Zulfugarov on his Facebook page.

Not an export model?

According to an expert assessment from Baku, the wreckage found belongs to a non-export Iskander E model. In other words, the Iskander M missile, which is in service exclusively with the Russian army, was fired at Shusha.

According to retired Azerbaijani army major Adalet Verdiyev, two options are possible here: either Russia handed over to Armenia a non-export model of the missile [ed. it differs from the strike range of the export model], or the missile was launched from a Russian military base in the Gyumri province of Armenia.

Where was the rocket launched from?

“At the moment, we do not yet have information about where and when exactly the missiles were fired. Agency staff carry out humanitarian demining operations.

Fragments of missiles were found by us at a distance of 780 m from each other. The wreckage of one of them was found in the northeastern direction, and the other in the opposite direction,” Idris Ismailov, chief of the ANAMA operational headquarters, said in an interview with local media.

Views: 26
Related Topics:
Up Next

US Defense Secretary to visit Israel next week