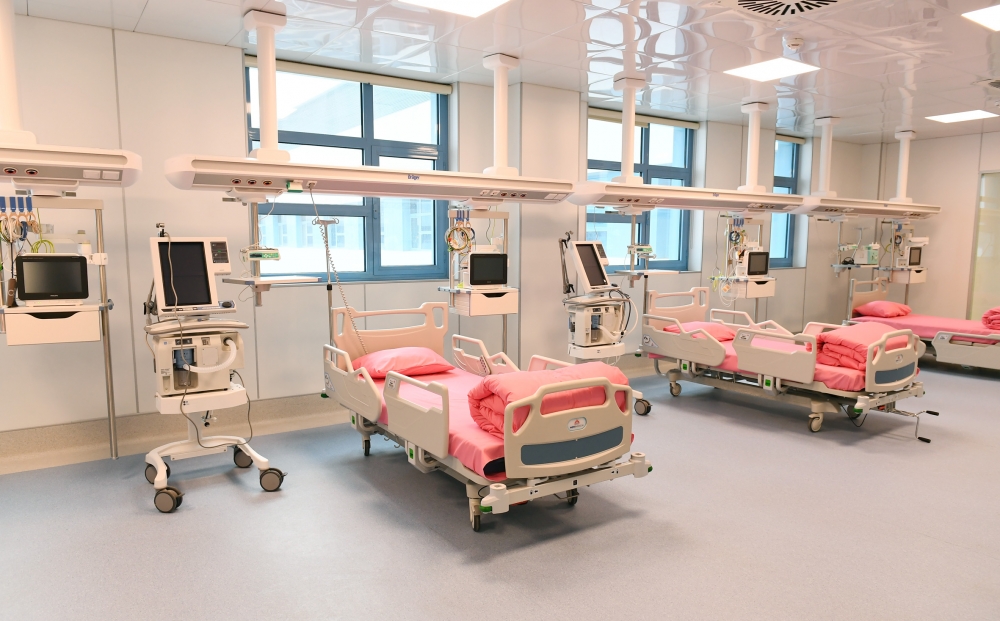 The heads of Baku’s two main Covid hospitals have been arrested for taking bribes.

The Prosecutor’s Office notes that the bribes were demanded to accommodate patients in these institutions; according to patients and their relatives, these facts were known to everyone for a long time.

The General Prosecutor’s Office of Azerbaijan issued two statements, according to which the heads of the Yeni Klinika (New Clinic) medical institution and the Zykh modular hospital were accused of corruption and arrested.

“…accusations have been made against director of the Yeni Klinika Parviz Abbasov and other officials of the medical institution of receiving bribes through certain persons in the amount of 3000-3500 manat [approximately 1500-1750 euros] for placing patients in the clinic. These funds were subsequently divided between them and directed to meet their own needs,” the Prosecutor General’s Office said in a statement.

The detainees were charged with corruption under several articles of the Azerbaijani Criminal Code, and by a court decision they were arrested for the duration of the investigation.

What clinics are we talking about?

Yeni klinika, located in the center of Baku, opened on March 28, 2020 with the participation of Azerbaijani President Ilham Aliyev. During that period, the country saw the first increase in the number of people infected with coronavirus. This clinic became the first specialized medical facility for the treatment of patients with COVID-19.

The hospital has 575 beds. There are departments of surgery, therapy, emergency medical care, polyclinic, cardiovascular surgery, neurosurgery, hemodialysis, etc. The clinic employs over 1,500 doctors and other medical staff.

And on July 6, 2020, a modular hospital of the Ministry of Emergency Situations opened in the outskirts of Baku – the Zikh settlement This medical facility consists of 10 buildings and 800 coronavirus patients can receive treatment here at the same time.

How much does it cost to place a patient in a coronavirus hospital?

A JAMnews correspondent tried to find out the cost of placing hospitals in the named medical institutions.

According to a local resident, in December, for 300 manats [about 150 euros], he secured the placement of his mother in the Zykh modular hospital.

“At that time, the second wave of coronavirus was raging in the country. There were a lot of patients. I heard that a bribe in the amount of 1200 manats [about 600 euros] is required to place a patient in the Zykh modular hospital.

I found an acquaintance there, through whom I resolved the issue for 300 manats [150 euros]. But I had to wait three more days for a place to be hospitalized for the mother,” he said in an interview with JAMnews.

A nurse who wished to remain incognito spoke about the prices at Yeni klinika:

“To be honest, I was surprised at the figures given in the official message. It indicated 3000-3500 manats [approximately 1500-1750 euros]. Because it is much more expensive to arrange a patient in the Yeni klinika, about 3-4 times higher than the indicated one. But if you have a good friend there, you could have solved the issue for 3,000 manats [about 1,500 euros].

The news of the arrest of the heads of coronavirus hospitals is widely discussed in the Azerbaijani segment of social networks. Here are some typical comments:

“90 percent of hospitals operate this way. And they don’t know about it upstairs? To become a chief physician, one has to pay 100,000 manats [approximately 50,000 euros], and that is why they then have to knock out this amount from patients.

“And the poor suffer from this. They don’t even look towards those who do not pay. People are dying.

“Sometimes I think that young cadres, in comparison with old ones, will not take bribes, because they need to make a career, there are other nuances. But bribery is such a misfortune and such a virus that it does not pay attention to age. At least during this period, pandemics took pity on the sick.“

Views: 63
Related Topics:
Up Next