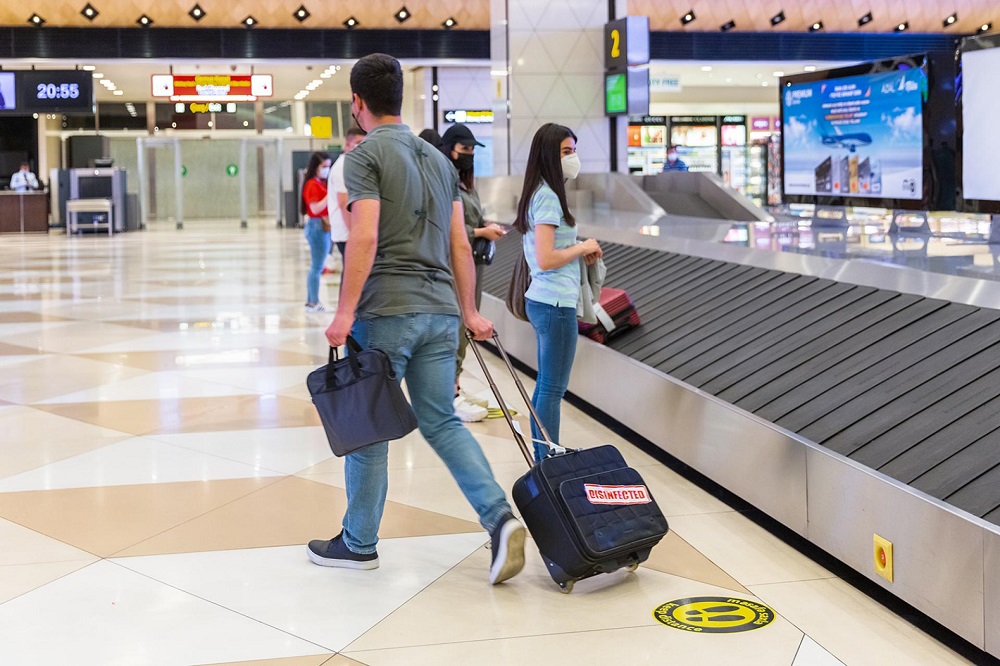 Members of the LGBTQI + are leaving Azerbaijan one by one. Every one of them has their own reasons, but they share something in common. Some of those who left have already been able to arrange their lives abroad, while others have not yet found a country where they could live in peace. They shared their stories with us.

Lily Nazarov has been traveling from one country to another for a long time. He stays in different countries that do not require a visa from Azerbaijani citizens, and remains there as long as he can visa-free.

At first he tried to live in Turkey and stayed there for three months. But, faced with homophobia, he felt uncomfortable and moved to Ukraine. Lily was not allowed to enter this country because of his appearance. After living one day at the Kiev airport, he was returned to the host country – Turkey.

The reasons that forced the 22-year-old Nazarov to change countries of residence are the problems he faced in Azerbaijan due to his appearance and sexual orientation. According to him, if there was no need to return to Azerbaijan because of a visa, he would have never done it again.

“Azerbaijan for me consists of injuries. In the city center, people insulted me, wrote offensive messages on my social media accounts”, Lily notes and says that in his family the situation was not very different from what he had to face on the streets.

Because of his calls for peace on social media during the 44-day war between Azerbaijan and Armenia in the fall of 2020, Nazarov was summoned to the state security service and was demanded to remove the posts. On the same day, a loved one left him, with whom they had lived together for the past two years. After these events, Lily decided to leave the country.

“These events took place on the same day. As if one day my life was lost. At that moment I thought that if I didn’t leave the country, I would commit suicide”, says Lily.

Since 2018, Nazarov has been an activist for LGBTIQ + and women’s rights, writing articles, conducting investigations, and doing graffiti art at the same time. Currently, he leads a nomadic life in those Balkan countries that do not require a visa. According to Lily, he can hardly endure an unstable life.

“In Azerbaijan, I could not unleash all my creativity. There are also human rights problems in the Balkan countries. I recently heard that gay marriage is going to be legalized. For 10 years already, parades have been held here, and people with non-traditional sexual orientation can freely gather together. There is no such thing in Azerbaijan”, Nazarov says and adds that art is appreciated in the Balkans, and he can convey his thoughts openly through his work:

“Human rights activists are highly respected here. State bodies are also open to them … To tell the truth, I expected all this in Azerbaijan, but, unfortunately, it did not work out”.

There are no statistics on LGBTIQ + representatives who left Azerbaijan. In a conversation with us, a representative of the Nafas LGBTI Azerbaijan Alliance noted that there was no monitoring on this topic and they did not have an exact figure.

In a 2019 report by the American law firm I.S. The Law Firm noted that in recent years, there were representatives of LGBTQI + among the residents of Azerbaijan who applied for asylum in the United States.

A particularly dramatic increase in complaints was noted in 2017, when the Azerbaijani authorities carried out raids against representatives of LGBTQI +.

The reports of international organizations highlight the ongoing violations of the rights of LGBTQI + representatives and attacks against them.

In July 2021, ILGA-Europe and three other international organizations sent an appeal to Azerbaijan with documented attacks on LGBTIQ + representatives.

At the same time, the organization noted in its report in May 2021 that, like last year, violations of the rights of LGBTQI + representatives continue in Azerbaijan and they are still being discriminated against. Moreover, Azerbaijan took the last place on the rainbow map.

Leila, 28, is one of the transgender people subjected to psychological and physical pressure during raids in 2017. She says that she and her friend were detained while they were sitting in a restaurant. They were taken by force to the police station, where psychological pressure was exerted on them.

After the experience, she decided to leave the country and currently travels around.

“Currently I have to be a sex worker. I worry about my safety and live in fear”, added Leila.

The material was prepared in collaboration with JAMnews and the QueeRadar platform.

Views: 54
Related Topics:
Up Next

A former governor of Iran’s Central Bank, Valiollah Seif, was sentenced on Saturday to 10 years in prison on corruption charges involving the mismanagement of millions of dollars, the judiciary said.

Report informs, citing Reuters, that Seif and two of his deputies, who also received jail terms, were found guilty of "disturbing the foreign exchange market, the country's economic climate and mismanagement,” a judiciary spokesman was quoted as saying by state media.

State TV said Seif and one of his deputies, Ahmad Araghchi, who was sentenced to eight years in jail, had "provided illegal conditions for the mismanagement of about $160 million and 20 million euros."

Another deputy, Salar Aghakhani, was sentenced to 13 years.

Seif led the central bank from 2013 to 2018 under former President Hassan Rouahni's administration. He was replaced by Abdolnasser Hemmati.

At today's meeting, the Tariff Council adopted relevant decisions on the regulation of wholesale and retail tariffs for natural gas.

The tariff for gas sold by Azeristiliktejizat OJSC to yard boiler houses and CNG filling stations increases from AZN 0.13 to 0.171. Tariffs for gas supplied to other consumers remain at the same level of AZN 0.25 per 1,000 cubic meters and for gas used as crude in the production of methanol and urea products at AZN 0.20.

Moreover, the tariff for gas sold by Azerkontrakt OJSC to Azneft PU and Nakhchivangaz PU increases from AZN 0.11 to AZN 0.118.

The manufacturer buys natural gas at a negotiated price for the production of electricity supplied to data centers that carry out activities for processing, recording, and transmitting data, which receive power directly through the 35 and 110 kV lines, where the daily demand for loads is stable, and the average monthly energy consumption for production targets is at least 5 million kWh.

"Looking forward to my first trip to the Caucasus next week. I will be visiting Azerbaijan, Georgia, and Armenia in my new capacity as NATO Special Rep for the Caucasus and Central Asia in order to identify ways to further enhance NATO’s engagement in the Caucasus," he tweeted.

Looking forward to my first trip to the #Caucasus next week. I will be visiting #Azerbaijan , #Georgia , and #Armenia in my new capacity as #NATO Special Rep for the Caucasus and Central Asia in order to identify ways to further enhance NATO’s engagement in the Caucasus.

Palestinian envoy: Muslims all together sympathetic with Azerbaijan

“For me, Azerbaijan is about injuries” – why LGBTQI + people leave the country