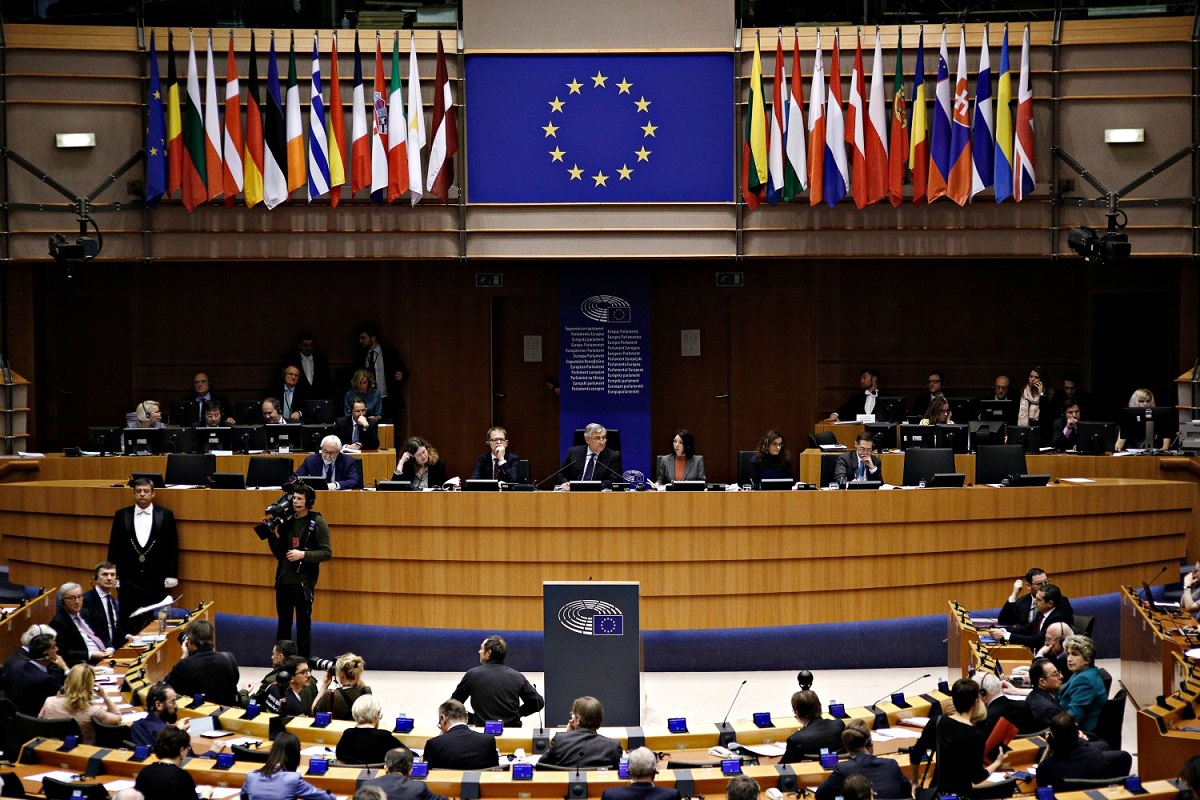 “Immediately open the Lachin corridor and continue to refrain from blocking transport, energy ties and communications between Armenia and Nagorno-Karabakh,” read demands addressed to Baku in a resolution on the humanitarian consequences of the blockade of NK issued by the European Parliament.

During a plenary session which took place from January 16 to 19, the European Parliament also adopted a report on the “Implementation of common foreign and security policy” which contains provisions concerning Armenia and Nagorno-Karabakh. Armenian Prime Minister Nikol Pashinyan presented some details of this report and stressed that the European Parliament “condemned the aggression of Azerbaijan in September 2022 against the sovereign territory of Armenia”, and called on the Azerbaijani authorities to “immediately withdraw its troops from all territories of Armenia.”

The European Parliament adopted a resolution calling on Azerbaijan to unblock the Lachin corridor on January 19. Many European deputies in their speeches maintained that the Lachin corridor is being blocked by “the Aliyev regime and a group of fictitious environmentalists.” Some of them condemned not only the actions of Azerbaijan, but also the inaction of Russia and the Russian peacekeepers stationed in Nagorno-Karabakh.

Provisions of the European Parliament resolution

The resolution states that the Lachin corridor is being blocked by “self-proclaimed Azerbaijani ecologists”, and the blockade has led to a “severe humanitarian crisis”, which has deepened “due to Azerbaijan’s violation of the supply of natural gas to NK”.

“Obstacles to the functioning of the Lachin corridor hinder the peace process between Armenia and Azerbaijan and undermine international confidence,” the resolution reads.

According to the deputies, by blocking the corridor “Azerbaijan is violating the international obligations that it assumed according to the tripartite ceasefire statement of November 9, 2020.” The authors of the resolution state that Baku then undertook to “guarantee the safety of persons, vehicles and goods moving along the corridor in both directions.”

The European Parliament called on Azerbaijan to:

The document emphasizes the need for a comprehensive peace agreement, which “should guarantee the rights and security of the Armenian population of Nagorno-Karabakh.” There is also an appeal to Yerevan and Baku to resume negotiations without preconditions on the basis of the principles of the Helsinki Final Act.

The European deputies not only condemned the inaction of the Russian peacekeepers, but also consider it expedient to replace them with OSCE international peacekeepers acting under UN mandate.

They also mentioned the position of the EU, calling for more active participation so that the residents of Nagorno-Karabakh are no longer “hostage to Baku’s activity, with the destructive role of Russia and the inaction of the OSCE Minsk Group.”

The resolution also calls for unhindered access to Nagorno-Karabakh for international organizations and the dispatch of a UN or OSCE fact-finding mission to the Lachin corridor.

“Urgent steps are needed”: on the consequences of the Lachin corridor blockade

Vardanyan, Pashinyan and Vahan Hunanyan on the situation in NK

Speeches of deputies: “More than a blockade or blackmail”

MP Natalie Loizeau, representing the party of the President of France, stressed that Nagorno-Karabakh is cut off from the world:

She stated that “militant environmentalists” are blocking the Lachin corridor. She not only criticized the Azerbaijani authorities, but also called on her colleagues to take more action:

“Aliyev says that he treats the people of Nagorno-Karabakh in the same way as he treats other residents of Azerbaijan. So he applies this blockade to his own people? What is he doing? He says that anyone who does not want to live in Nagorno-Karabakh as an Azerbaijani citizen can leave. It is more than a blockade, it is more than blackmail. He is ethnically cleansing. And what are we doing? Nothing”.

Natalie Loiseau also said that she was ashamed of the President of the European Commission Ursula von der Leyen, who considers Azerbaijan a reliable partner of the EU.

Miriam Leksman, an MP from Slovakia, stressed that the European Union is also responsible for the situation created by the blocking of the Lachin corridor, since “for many years it has neglected the Caucasus region.”

“With energy agreements, the EU pretended not to see the human rights situation in Azerbaijan or the repression of Azerbaijani President Ilham Aliyev against Armenians.”

According to Lexman, the European Parliament must make serious diplomatic efforts to resolve the conflict and “form an international peacekeeping mission and immediately provide humanitarian assistance.”

Italian MP Fabio Castaldo called for “imposing sanctions against Azerbaijan if the corridor is not immediately opened.”

Yerevan and Baku far from agreement: latest statements by Pashinyan and Aliyev

Pashinyan: “The report of the Europeans reflects objective reality”

Nikol Pashinyan focused on the report “Implementation of the Common Foreign and Security Policy”, which was adopted by the European Parliament.

According to Pashinyan, the authors of the report expressed confidence that a lasting peace between Armenia and Azerbaijan would be achieved not by military means, but by diplomatic means.

“The document emphasizes that a comprehensive peace agreement between Armenia and Azerbaijan should be aimed at addressing the root causes of the conflict, including

The prime minister said that the European deputies expressed concern about “war crimes and the inhuman treatment of Armenian prisoners of war and civilians by the Azerbaijani armed forces and called on Baku to release the prisoners still held in Baku.”

In addition, the report welcomes the deployment of a civilian EU mission on the border between Armenia and Azerbaijan. The deputies call on the EU Council to “increase the number of experts, expand the mission’s capabilities and strengthen its presence in the region.”

"Russia's military presence does not guarantee the security of Armenia" – Pashinyan

For almost four hours, Pashinyan answered questions about relations with neighboring countries, the status of NK, rumors of joining the Russia-Belarus union state, and the likelihood of leaving the CSTO military bloc

According to political observer Hakob Badalyan, after reading the resolution adopted by the European Parliament it is difficult to refrain from celebration.

“At the same time, it is extremely interesting that there is not a word about the European Commission, which is directly subordinate to [the European Parliament], as well as its chairman, Mrs. Ursula [von der Leyen], who, a few days after the blocking of the Lachin corridor, declared Azerbaijan a reliable partner by signing the second energy agreement with Azerbaijan for 2022.

In fact, the body subordinate to the European Parliament, which adopted an up-to-date, very encouraging resolution, is in a warm embrace with Aliyev, who has been condemned by this very parliament,” Badalyan said.

According to Badalyan, the role of the resolution should not be underestimated, but it does not in any way affect “the issue of Azerbaijan’s possible responsibility, sanctions against Baku and the rejection of agreements.”

Badalyan wonders whether the purpose of the resolution is just “to strike at Russian peacekeepers under the cover of Azerbaijan.”

“So that after this shock wave, Russian peacekeepers do not hit us with new agreements with Azerbaijan and Turkey; to put it mildly, it would be right for the European Parliament, by raising the issue of Baku’s responsibility, to block the path to possible new deals at the expense of Armenia’s security,” Badalyan maintains.